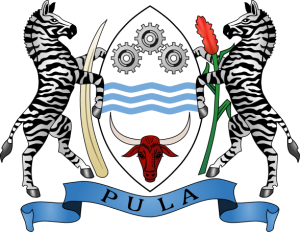 As the battles between world powers over the African continent heat up, African nations themselves are going to have to choose. Do we attempt to establish democracy and follow the rule of law, or do we go down the path of emulating and colluding with totalitarian nations? Botswana, one of Africa’s most successful democracies to date, has reached the point in history where it has to make a choice.

The southern African nation has been held up for decades as a beacon of democracy and responsible fiscal management, a shining light amid the morass of corruption that has been Africa’s legacy. With South Africa becoming enmeshed in the Marxist appropriation of white farmer land, and the associated violence that inevitably comes with that agenda, stability within its northern neighbor becomes all the more critical for the region. However, former President Ian Khama, the former army general who just relinquished power at the end of March, made several policy mistakes that posed risks to Botswana’s image.

The discovery of diamonds in the late 20th century was a two-edged sword for the republic. Providing an immediate abundance of wealth, the diamond trade raised the living standards of ordinary citizens, improved infrastructure and gave hope to the poor, where most people live on less than $2 a day. However, dependency on the industry injected risk into the economy, and the fruits were realized during the commodity downturn in 2014, which brought about a recession. The immense diamond wealth also opened doors to the so-called Dutch disease, the risks of authoritarian inefficiency and the retreat of the rule of law.

The Khama administration presided over slumped diamond prices and slowing growth. At the same time, it presented an opportunity to wean Botswana off its dependency on raw diamond exports, the opportunity which the country can’t afford to miss. Yet, it’s hardly possible when policies are perceived as not friendly to business and international investors are fleeing the country. Reports of the authoritarian tilt didn’t help the country’s international reputation either.

The new president, Mokgweetsi Masisi was sworn in on Sunday April 1. He is a former English teacher in a village who became an education minister. This week marks half of his first 100 days. Many hoped he would reverse his predecessor’s policies and make Botswana more business friendly.

Mr. Masisi is currently in negotiations with De Beers, the diamond giant, to force more production of the finished product to be conducted in Botswana. Mr. Masisi wants to persuade De Beers to extend its deal with the country, which expires in 2020, and to make Anglo-American’s diamond arm do more value-added processes such as cutting and polishing in Botswana. With youth unemployment approximately 40 percent, such a deal seems visionary, if the negotiations prove fruitful. “We have had a wonderful relationship with De Beers and we expect that relationship to be even more cemented,” Mr. Masisi declared recently. “There is a way of actually achieving a win-win for both, and that’s what we desire.”

One of the most devastating policies of Ian Khama was the closing of the nickel mines in Selebi-Phikwe in the middle of the decade; close to 5,000 miners lost their jobs. The development was the result of a de facto expropriation of the mining assets by the Khama government, which still owes the buyers of the mines hundreds of millions of dollars. BCL, a state-controlled mining concern, acquired the mines from London-listed international mining giant Nornickel back in 2014, and then forced into liquidation after the Khama government did not deliver payment after taking control of the facilities. Fearing the prospect of litigation in London, the Khama administration promised to offer investors a proper settlement but a settlement has not been reached as promised.

Meanwhile, Mr. Khama did push through a controversial amendment to the liquor laws, banning home sales of the traditional brew, chibuku, and restricting liquor sales in nightclubs. This legislation significantly harmed the alcohol and entertainment industries which have also shed jobs in the anti-business climate. Kgalagadi Breweries Limited (KBL) and Botswana Breweries Limited (BBL) have seen their results languish in recent years.

Mangling of the rule of law and corrupt agendas have consequences when dealing with international investors. Decisions regarding the allocation of capital take into account the perceived corruption risk of a nation like Botswana. Even with new leadership, these consequences take time to dissipate. Settling the mining disputes and returning a positive business climate to Botswana will pay dividends for decades in the future and help the nation’s poor.

Policy mistakes and consequent scandals under the Khama government tarnished Botswana’s reputation and need to be ended with dignity so international investors understand that the attitude has changed. President Masisi has a golden opportunity to do so.