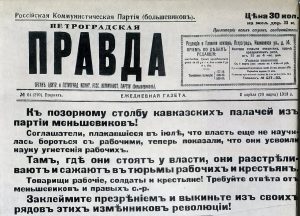 In 1776 America sixteen-year-old boys and girls were not children. They were fully functioning adults. Boys knew how to handle horses and muskets and swords and girls knew how to sew and embroider and deliver calves or play the piano and dance and manage large households, depending on their station in life. They were treated as full-fledged members of adult society with equal duties and privileges. The one thing they lacked due to their tender age was experience. Experience in leadership, in management, in facing real adversity, and in making decisions that would irrevocably affect themselves, their loved ones, and for some, many others as well. It was that lack of experience that made young people’s voices less valued in traditional societies like the American Colonies at the twilight of the 18th century. Traditional attitudes to wisdom are common sensical: you are wise if you have seen things, many things. You are wise if you have lived long enough to have tasted both the glory of victory and the agony of defeat. And wouldn’t it make sense to be led by wise people who listen to everyone, but who know how to separate the wheat from the chaff?

Well, not according to radicals. Radicalism, the bastard offspring of 19th century science and the first wave of technology-enhanced unbridled capitalism of the industrial revolution, sought to dispense with wisdom born out of experience as reactionary, vestigial, and backward. Because traditional wisdom was all wrong, having done things in your life disqualified rather than qualified you for leadership positions. Left-wing and right-wing radicals play in the same muddy field of statist godlessness. To them, nothing is sacred or immutable. If men weren’t created by a just God who loves them, if they are simply products of evolution, itself a process of ongoing change, then human nature is constantly changing and there is no reason why this change cannot be assisted, adjusted, directed, NUDGED.

But even radicals must confront the fact that life teaches a different lesson. Life teaches us that human nature is unchanging, that kindness is a virtue, and that in our lives we are guided by a higher power. Thus, older people, the ones who have absorbed life’s lessons are useless to radicals; they reject attempts at manipulation and thought control. They are not easily nudged. No, it’s the tender inexperienced minds of young adults that radicals seek to influence. The fundamental set of beliefs of the statist radical, be they communist or fascist, be they Adolf Hitler, Vladimir Lenin, Kamala Harris, or Michelle Obama is simply this: the world consists of nudgers and nudgees and it is much better to be counted among the former than the latter. 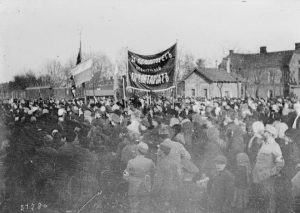 Laurence Tribe, a Harvard law professor, is head over heels in love with the loudmouth “survivors” of the Florida school massacre. He, like many radical revolutionaries, believes in the transcendent wisdom of youth, a wisdom that only gets corrupted and coopted with experience. Let’s lower the voting age to sixteen, he preaches to us. Tribe is a Jewish intellectual in the mold of Karl Marx. These are people who take two central tenets of Judaism and due to their godless nature corrupt them to give moral justification to their naked, shameless ambition of being among the nudgers, of having power that is unchecked by the laws of men.

As is well known, God didn’t let the Israelites take the shortest route to the not so distant Canaan upon their exodus from Egypt. Instead, He had them meander in the rather smallish Sinai Peninsula for no less than forty years. Needless to say, this caused the always inquisitive Jewish sages to ask the Jews’ favorite question: why? Why not go straight in? Why forty years and not four or a hundred? The answer that has made its way into the Israeli school curriculum is this: God believed that the generation of adults who experienced life as slaves in Egypt could not live as free men in the Promised Land or indeed be worthy of it. A generational change had to occur before the doors of the Holy Land would be opened to the Israelites. 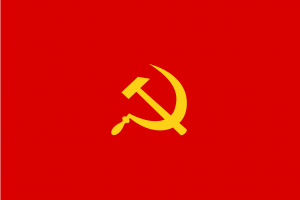 Radicals like Professor Tribe interpret this as a repudiation of experience in favor of youthful idealism and mental pliability. But a more careful reading of the story easily refutes this “analysis”. If all that was needed was for the adults to be removed from positions of power and inexperienced but ideologically pure youths to lead the way, why wait forty years? Why not replace the hundred-year-old stammering Moses with a teenage David Hogg, a glib young upstart know-it-all with a big mouth who could lead the way to the Promised Land immediately without history’s original exercise in delayed satisfaction. No, what the Exodus story teaches us is that God intended for a new generation of experienced leaders to grow up in the desert, a generation of men who were as untainted by slavery as they were wise in the ways of free men making their way through extreme adversity to final triumph. Exodus, in fact, is a complete repudiation of the idolization of youthful wisdom; it is a parable of wisdom as an outcome of constant struggle, of experiencing abject failure, of making every possible mistake and yet not yielding and living to fight another day.

The Middle Ages saw world Jewry through its darkest moment. It is estimated that between the end of the crusades, which decimated Western European Jewry and the 1492 expulsion of Jews form the Iberian Peninsula, most of the world Jewish population was lost to slaughter and forced conversion. Perhaps less than one million Jews remained on planet Earth. In times of extremis, mysticism is a natural human response. That was true in first century Judea, when the persecution of Jews by their Roman conquerors gave rise to many mystical sects including early Christians, and it was true in medieval Europe where the Kabbala was first created. The world must have seemed irrevocably broken to the persecuted remnants of the once proud Jewish communes in Germany and France as they were fleeing east to Poland and the Baltics. They had no swords or spears, but they had their intellects and so they came up with an answer to the question of how a perfect God could create this mess of a world. The world was a perfect vessel once, they posited, but it was broken into a near infinity of shards and it was the solemn duty of every Jew, every human being, to collect these shards one by one and make the world whole again. 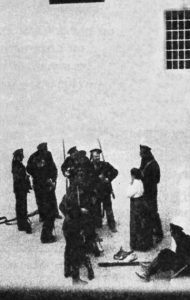 To the kabbalist sages as well as to mainstream rabbis, the work of Tikun Olam, making the world whole again was the work of mitzvot, of good deeds, of being the best person one can be as an individual in relation both to fellow humans and to God. Atheist Jews of the post-enlightenment, be they Marx, or Tribe, or Sanders, do not abide by this interpretation because to them there is no higher power than themselves. The logical extension of this megalomaniacal approach is that select individual humans like themselves can fix the world by imposing “rational” rules on the rest of humanity. The number of deaths directly caused by this ideology in the 20th century is counted in the tens and possibly hundreds of millions. The Holocaust, a near extinction level event for the Jews, would not have been possible without it. There would have been no Hitler without Marx, Lenin, and Stalin. No Mao and no Pol Pot without Hitler.

There are 3,000 students at that Florida high school. Most didn’t know the victims of the shooting. Some did. Most, from both groups, are behaving like humans; they grieve, privately, they talk to their parents, to their teachers, to their counselors. Perhaps they show extra kindness to their family and friends, perhaps they say their prayers with added meaning. Most are fixing this broken world of ours. But not all. A small sub-group decided that no tragedy should go to waste in their quest to be the nudgers; no grief would stand between them and a free ride to the college of their choice. The laughing faces of David Hogg and Emma Gonzalez caught on camera in the green room before their scripted TV appearance are the faces of pure evil. These are the faces of genocide, famine, and mass murder. These are the Hitler Youths, the Young Pioneers, the ruthless teenagers that betrayed their parents to the authorities to be shot in the back of the head because they hid a few bushels of wheat to feed their families. 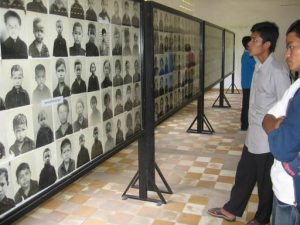 Do these “kids” know what they are doing? Do they know who is using them and why? No, of course not, they know nothing. They are the products of godless parents living in a godless society, reaching like amoebas for whatever and whoever is more likely to give them free stuff and their fifteen minutes of fame. Oh, but they are learning fast. Like Pavlov’s dogs, they are already well-conditioned to their masters’ voices and now they know well what gets them more fame, more stuff, more approbation. These young adults are not traumatized. They are not grieving. They do not believe a single word that comes out of their smart mouths. They are nudgers in training and we are nothing but nudgees to them, to be disposed of as they wish. They view the world as the set of Hunger Games played on a video games console. “You don’t pull a handgun on an AR-15”, David Hogg said, because as we all know the bigger gun always wins. They want the bigger guns; they want ALL guns and if they get them, we will all hear that one last shot from behind just as we topple forward into the pit we had just dug with our own bare hands.

Opinion: Restrain Qatar To Counter The Shia Hegemon In The Middle East