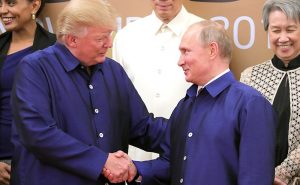 How do you deal with a country where a corrupt elite attempts to shut down free speech, where the security services eliminate with extreme prejudice human obstacles to their own power, where powerful economic interests combine with the media and the state to create a narrative that no one is allowed to oppose, or they face their own destruction?

How do you deal with a government where obscene wealth is the overarching goal, where the state strives to be a monolith of totalitarianism, desperate to kill anything that gets in its way, where the interests of the common man are neglected, or even scorned?

You may think I’m talking about Russia and Vladimir Putin’s regime. I could be, but I’m not.

I’m talking about the federal government of the United States of America.

It is obvious that the Obama years were nothing but a limitless spree of highly organized crime.

Mr. Obama used the agencies of the state to go after his political enemies. He installed moles in the security services to prevent the election of a man he did not want to become president. When that didn’t work, these traitors plotted and seditiously schemed against a duly-elected president of the United States. They were caught doing so with released emails. This was only the tip of the iceberg. This behavior was also treason. In the past these kind of people would be lined up against a wall and shot.

Hillary Clinton sold our national security for money. Her husband did the same thing years before, so it should have come as no surprise.

Missile guidance systems to China, uranium sales to Russia, what does it matter as long as the bank account got bigger, and the political power became easier to retain.

The Mueller effort is an Obama/Comey/Hillary bandaid to keep the truth from coming out. We have no idea how deep the rabbit hole goes. It seems the Democrats now want that 1980s foreign policy back as well, as they declare Russia is behind everything to cover up their deceit.

But then along came Donald J. Trump and the American people made their demands known — Stop the corruption, stop the attempt to change the demographics of America, stop the destruction of America as we knew her, and stop the stupid international interventions where nothing is gained for America’s national security.

The Deep State is using the Trump-Russia meme to hide their organized crime wave. Trump must defeat them. Vladimir Putin is no more dangerous than an FBI Director who is corrupt, or a White House that illegally spies on Americans for political gain. There is a reason a military officer swears to defend the Constitution of the United States against enemies “foreign and domestic.” Lady Liberty’s domestic enemies are powerful.

When it comes to our adversaries overseas, we can’t ignore the fact that Russia and China are actively attempting to destroy our way of life, our democratic institutions and our moral clarity with active measures and hybrid warfare. I would not be surprised if a lot of this communist, culturally Marxist doctrine is being bought and paid for by some Deep State elements of our adversaries’ intelligence services, as a way to bring America down after our victory in the Cold War.

The problem for us is, it is working. The millennial generation has been sold a bill of goods in their university re-education camps, and for the most part they have bought into it — hook, line and sinker.

Russia will always look out for its self interest. China will do the same. They will never be our friends, not in our lifetime. Their culture, what they hold dear, what behavior they think is acceptable, what they are willing to risk, is simply too different from ours.

Russia is preparing for war. There is no doubt about it. China is as well.

As Ronald Reagan said, the best war is the one not fought. The only answer to the behavior of Russia and China is simple economic and military strength. After defeating the Deep State that desperately wants a conflict with Moscow, Mr. Trump must return the greatness and glory of America based on our founding values. Just a hint, these values did not include social justice or transgenderism, nor endless wars in the Middle East.

We used to be the shining city on the hill. Today, we are Sodom and Gomorrah. 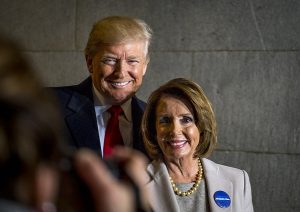 The liberal, culturally Marxist, “progressive” agenda stinks of rot and decay. Mr. Trump must restore American global leadership, not American global dominance. This is the only way to beat our adversaries — to be better than them, to provide a better alternative to totalitarianism, to win in the arena of ideas, while carrying a big stick.

But before we can compete with China and Russia for the hearts and minds of the world, we must defeat our domestic enemies. The crimes of the last decade must be exposed. People need to be held accountable. People need to go to jail.

Only then can renewed American leadership find its new place in the world. Only then can we effectively nullify the strategic and tactical gains the Chinese and the Russians have made over the last decade.

Until that day, Mr. Trump has to hold things together and achieve domestic victory. My children’s future depends on it.

Putin Getting Played By China, Needs A Deal With Trump