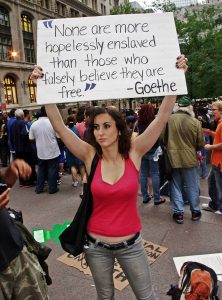 Previously in this column I discussed how America is experiencing a blurring of the line between what is real and what is not in the form of several dangerous delusions. The delusions of “white supremacy (or superiority)”, “white ethnicity”, “white genocide” were all discussed in detail in that column. This column addresses the adjacent delusion of secession. The word secession obviously dates back to the Civil War, which not coincidentally was the last time America experienced a mass delusion, that of the viability of a slaveholding society in the modern era. While slaveholding as a possible path forward was indeed a delusion, secession based on that delusion was nonetheless a possible outcome. The reason for that was simply geographic; the slaveholding delusion was widespread in the South and nonexistent in the North. Hence, the South could indeed secede from the Union and try to maintain a slaveholding society in its sovereign territories. The unquestionable fact that this was doomed to failure does not imply that attempting it was not possible.

Today, secession is again in vogue in some extreme precincts of American political thought. The basic idea is that people who prioritize diversity, equality, and social justice as administered by an all-powerful government over the American Constitution and the protection it provides to individual God-given rights from government interference cannot dwell in union with people who see in these rights and specifically in limiting the size of government essential American values. One should not understate the chasm that exists between the holders of these opposing points of view on what constitutes foundational human and American ideals. Nevertheless, the idea that secession today is even remotely possible is a delusion no less than the delusions of modern day slaveholding or white superiority.

There are a number of reason why that is so. The most trivial and potentially least important is that the geographic boundaries between people who hold these opposing views are extremely convoluted and do not coincide with any state or even local government jurisdictions. We have all seen the dots of blue in a sea of red maps that show counties or congressional districts that went to Hillary vs. Trump. As the New York Times put it in the aftermath of last year’s election, Hillary’s voters, coinciding with the social justice view of America occupy an archipelago within an ocean of folks who like the American Constitution just the way it is. This geography obviously poses a tremendous challenge for any practical talk of secession; can the red State of Texas divorce its own progressive capital of Austin? Can progressive Maddison divorce the rest of Wisconsin? 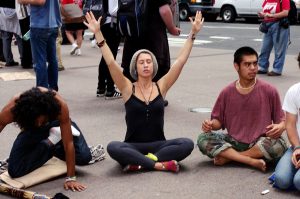 However, assuming that geographic objections can somehow be overcome (and I am not saying they can be), much more substantial and indeed insurmountable obstacles to secession remain. Those stem from the simple fact that social justice warriors don’t really want to live in a European style welfare state and the most principled constitutionalists do not really want to live in a country whose government is nearly as small as the one envisioned by the Founding Fathers. Even the most loyal of Mike Lee and Ted Cruz supporters expect someone to answer when they call 911. When they or a loved one get hurt they expect to find within short driving distance a fully equipped emergency room. When they buy medicine, even over the counter, they trust that it will not do them harm. And, yes, we cannot avoid mentioning that when a natural disaster like Hurricane Harvey hits, they cannot help but feel reassured that the full resources of a country of 330 million, a world hyper-power, are all at their disposal. None of these would be possible without large and sometimes intrusive government at all three levels, local, state, and federal. There are literally no more than a few hermits in all of America that could survive in the America of 1776 or even 1861, or indeed would want to; we are simply not nearly sufficiently self-reliant, skillful, and willing to accept negative outcomes like sickness and death that could otherwise have been avoided.

City-dwelling social justice warriors, pink pussy hats notwithstanding, do not really want to find themselves in Europe. As anyone who’s ever been to Europe can attest, once you leave the pretty historic town centers, you find yourself in dreary suburbs where people live in tiny apartments the size of double garages in suburban American homes. Healthcare is brutally rationed, which means that any “non-life threatening” and “quality of life” procedures are postponed for months and sometimes years and the idea that you can choose your doctor is simply ludicrous. And we haven’t even started on the fact that our American SJW’s are addicted to their very own brand of hate speech, which is illegal in Europe. If they think American city cops are bad, they should try the French or German ones when they next throw one of their “spontaneous” illegal demonstrations. I very much doubt they would enjoy the experience. 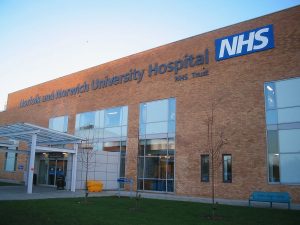 Americans of all stripes are used to living in the richest, most powerful country that had ever existed on planet Earth. This leaves some of them open to delusions that their exceptional lifestyle and standard of living would be possible to maintain if America were to split into two or more parts; they most definitely would not. The leaders of the Confederacy fancied that the Southern States would do just fine without the industrial base of the North. They would have been proven wrong when the prices on their prized cash crops of cotton and tobacco collapsed due to the opening up of cheap steamship routes to South America and Southeast Asia. Where would they get the cash to buy their industrial goods? Or did they think that England or Connecticut would help them out for free? Today, Californian progressives fancy themselves untouchable because of the modern-day equivalent of cotton; Silicon Valley with its silicon chips and search engines. Surely, we can buy anything we need and more! They are thinking. And yet high technology is no more durable a cash crop than cotton and it’s certainly attached to a piece of geography even less. Silicon Valley does not have a lock on its products and without the backing of all 50 states and the enormous internal market they provide, California would be much less competitive with Japan, South Korea, Taiwan, Israel, Western Europe, and of course, China. 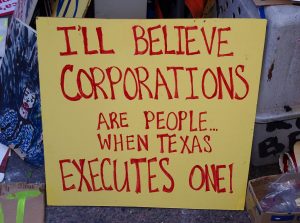 No, secession today is merely a fantasy, a delusion, an easy way out that had it ever been attempted would lead to disastrous consequences to all involved. Luckily it never will be.