A new report reveals that at least 1.8 million Iraqis are still displaced more than a year after the government declared major combat operations against Islamic State at an end. The Norwegian Refugee Council has put out a new report about the suffering of Iraqis across the country. It notes that “Too many of them are homeless or in camps they are not allowed to leave. This makes them unable to rebuild their lives.”

The 1.8 million who are displaced are only the tip of the iceberg. “A staggering 8 million require some form of humanitarian aid. Thousands of children born under IS rule are still unrecognized by the state. In the last three months a third of the displaced people who returned home from just one camp in Anbar were rejected by their local communities and had to relocate again elsewhere,” the NRC report says.

In conversations with Iraqis from Mosul, Sinjar and the marsh areas near Basra MECRA has spoken to people who are either displaced or lack basic services. The blog Mosul Eye noted this week that if you care about Mosul and different communities, “build west Mosul and bring back the unique coexistence of it. Otherwise your efforts ignoring W. Mosul are worthless.” Ali Y. Al-Baroodi posts photos frequently from Mosul showing the two sides of the city. “Walking to campus with fresh morning air. Situation in our city is not so good. However, a fresh morning with fresh start & plans may push the wheel a little bit further. Life is nothing without a little doze of hope,” he noted recently. “Return of Life is so slow. Some neighborhoods are still completely empty, especially Maydan and Qlaya’at.”

MECRA also receives daily reports from Sinjar showing the difficulty of displaced people living on the mountain. The rain and cold weather of winter have made life even more difficult. This is the fourth winter on the mountain for the displaced people who fled in August 2014. Yet serviced are lacking, roads have been washed out and there is little support from the international community or the central government.

“If this is what ‘victory’ looks like, then there is little to celebrate for millions of Iraqis still haunted by the crimes of the IS and the long war to eliminate it. They have largely been forgotten by their own government and the international community,” said Norwegian Refugee Council Secretary General Jan Egeland, discussing the NRC report. “We work with thousands of ordinary Iraqi women, children and men for whom untold suffering continues, and yet the world seems to act as if Iraq is back to normal. In reality, besides the abject poverty the displaced are living in, thousands face collective punishment for having been at the wrong place at the wrong time, even if they’re just children.” 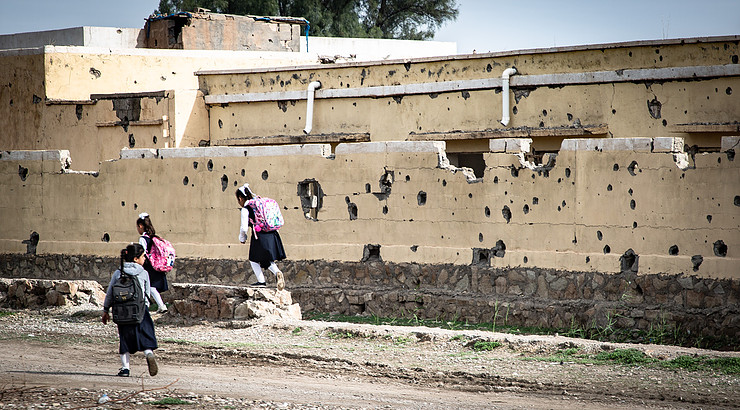 The NRC notes that “”One of the main reasons why displaced Iraqis are not returning home one year on is the lack of infrastructure such as schools and hospitals in their area of origin. As an example, in Mosul, 9 hospitals out of 13 are damaged. In Sinjar, there is only one school reopened in the city, and healthcare centers are still totally destroyed.”

The report calls on the Iraqi government together with the international community, particularly members of the coalition, to take responsibility. This includes ensuring that Iraq “is on a path towards inclusive recovery and reconstruction. This means the rights of displaced people—like all Iraqi citizens—must be respected, for them to be able to rebuild their lives where they choose.”

Kadyrov Weighs In On Saudi Attacks