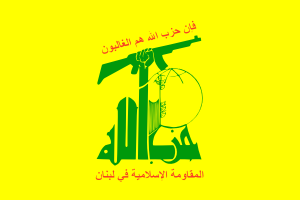 According to reports, the Lebanese are corrupting the Beirut airport and facilitating the smuggling of weapons and drugs, and enabling the transition of pro-Iranian fighters to other countries from the civil wars in the Middle East. Hezbollah allowed the Iranian Revolutionary Guard Corps (IRGC) to take the Beirut Rafic Hariri International Airport as a base for Iranian regime operations, which consists of transporting weapons and fighters to locations and countries serving the Revolutionary Guards’ strategy for regional intervention.

The Lebanese embassy in Tehran announced that going forward, in order to facilitate the movement of Iranian citizens to Lebanon, their passport would not be stamped at the Beirut airport during their trip to Iran, Iran’s student news agency (ISNA) reported on June 15.

The Islamic Revolutionary Guard Corps plays the leading role in fueling major wars in the Middle East, including the current wars in Syria, Iraq, Yemen and Lebanon.

The IRGC declared its strategy of meddling in the region in 1990, following the establishment of the Quds Force. The regime’s inner circles describe the Quds Force, stated an official IRGC unit, as the “center of an international Islamic army.”