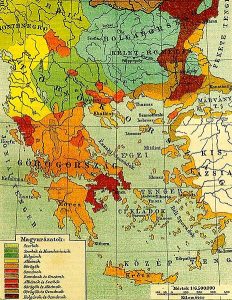 It seems Greece is progressing successfully towards concluding a long-term dispute with its neighbour. After the finalization of the name issue with Macedonia earlier this week, another essential issue is finally being closed – the maritime agreement with Albania.

Albanian online media report that the agreement between parties is reached, with only two delegate meetings, the last held in May in Greece. Yet, there are no public declarations made by Albanian Prime Minister Rama or Foreign Minister, Bushati, as always happen in Albania with important issues. So, it is not yet known if Albania has gained from the agreement or lost again, like in the first maritime agreement of 2009.

In the meantime, the Greek Minister of Defence, Kamenos, has announced in the parliament that his country will extend the territorial sea area, in the framework of acknowledging exclusive economic areas.

The new maritime agreement between Albania and Greece foresees the division of the sea, following the principle of the middle line. In the 18-mile strait, 0.6 miles belong to Greece, 0.6 miles to Albania and 0.6 miles are international waters. What is important with the new agreement, is the establishment of an exclusive economic zone, in which Albania will profit with an extension towards the Western part of the Ionian Sea, an area which was illegally granted to Greece by the former Albanian government in 2009. It is believed that this area is rich in oil and gas reserves. But until now, it is not clear if Albania or Greece will gain control.

In fact, Greece has been interested to solve maritime disputes with Albania as soon as possible, as it will use the same application to finalize maritime negotiations for defining exclusive economic areas with other countries as well, like Israel, Cyprus, Libya and Egypt. Such a procedure could also be used in a possible negotiation with Turkey, to establish Greek sovereignty in the Aegean Sea. Greece has the control of most islands in the Aegean, based on the Lausanne Treaty, which recently has been contested by Turkish President Erdogan.

According to Albanian media, the day before, Prime Minister Rama held a meeting with the President of the Republic, Meta, requiring from him to sign the agreement, as it is the task of the President to give authorization for opening negotiations and signing the draft afterwards. Usually, the Albanian President delays signatures, asking for more details, at least this is his latest behaviour on important national issues that depend on his approval.

On the other hand, the Albanian opposition has called the maritime agreement with Greece a national betrayal, forgetting the illegal negotiations of 2009 when they were in power, leaving a whole sea territory to Greece, the same Albania is trying to acquire now.

The maritime agreement will be finalized in July and will be signed in Athens. Hopefully, Albania has a fair sea division this time.