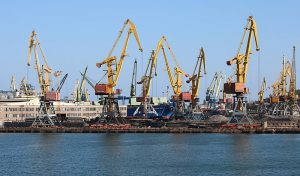 Ukraine’s outdated and rundown ports might undergo a major revival as the government plans to invest Hr 44 billion, or $1.7 billion, into the infrastructure, according to Deputy Prime Minister Volodymyr Kistion, who spoke at the Ukrainian Ports Forum on May 31.

The first of its kind, the forum was held in Odesa, Ukraine’s third largest city with a population over 1 million people some 480 kilometers south from Kyiv. The 12-year plan includes 46 projects to upgrade Ukraine’s seaports in collaboration with other investors, Kistion said.