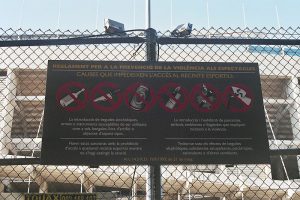 The day that Denis Nikitin, a Russian neo-Nazi who claims he once kept a framed photograph of Joseph Goebbels in his bedroom, took part in his first street fight, his mother made him a packed lunch. During the past 12 years, the Moscow-based MMA fighter has become a rising star of the far right, after brawling his way up through the ranks of one of Russia’s top hooligan firms. But on that day, Nikitin says, he was like a schoolboy on his first field trip; his mother, who thought her 22-year-old son was going to watch a football match, filled his rucksack with food and warm clothes.

Nikitin took a six-hour bus ride to the match, but he had not bought a ticket. (His fellow hooligans joke that, in the past decade, he has been inside a football stadium fewer than five times.) Since his family had moved from Moscow to Germany a few years earlier, his interests had narrowed to far-right politics and violence. Nikitin’s local “team” was visiting Hamburg – a city whose left-wing supporters were a favourite target of the far-right Cologne hooligans. Nikitin’s hobbies just happened to intersect at football…

The Return Of The Godfather: How Putin’s Best Friend In Ukraine Is Staging An Improbable Comeback