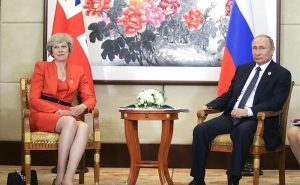 BRITAIN today ordered 23 Russian spooks to leave the country within a week in response to the spy poisoning scandal.

Theresa May told MPs that two dozen so-called diplomats who are in fact spies will be kicked out in a bid to stop Vladimir Putin meddling in Britain.

To read more visit The Sun