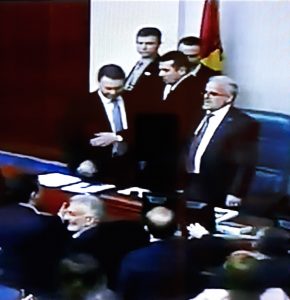 This afternoon, the Macedonian parliament passed the law on language use with 64 votes in favor, in the face of a boycott from the VMRO-DPMNE opposition party. This law makes the use of the Albanian language official in Macedonia.

This was the third time the law was sent to parliament, and was finally enacted, paving the way for its enforcement. The second attempt was impeded by Macedonian President Ivanov. The opposition MPs of VMRO-DPMNE, led by their former leader Gruevski, have called the law on the use of languages as anti-constitutional and treason to the country’s interests. The law enactment skipped 35,000 amendments from VMRO that would have blocked the work of the Macedonian parliament until September. 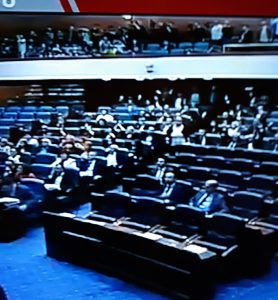 According to the position party, LSDM, the former Prime-Minister and former VMRO-DPMNE leader Gruevski, has always been behind the blocking of the legislation. They state their actual leader, Mickoski, is just a puppet in the hands of Gruevski and can not reform the opposition party. 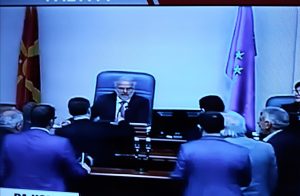 In the parliament today, clashes broke out amongst position and opposition MPs. At one moment, Gruevski nervously threw a bottle of water at the Head of Parliament, Xhaferi, who is Albanian, to interrupt him while speaking. Then, together with other opposition MPs, he approached the moderator’s seat, almost starting a physical clash, but was stopped by intervention of the guards.

It Will Take Generations For Russia To Change