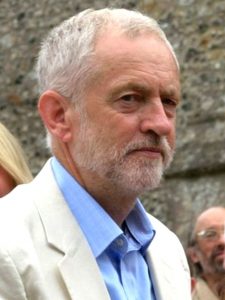 It must be hard to be in the Leftist, corrupt media when the truth comes out. Circling the wagons is a time-honored tradition, well developed after the likes of Hillary Clinton, Bernie Sanders, and others. Today is was revealed that secret files from Soviet-era archives of the Czech secret police, outed the leader of the Labor, or Leftist party in Britain, as a spy for the Czechoslovakian government during the Cold War. In classic form, the Leftist British media pulled out all the guns to marginalize the story.

The files revealed that Jeremey Corbyn, the leader of the socialist party in the United Kingdom, met with a Czech spy at least three times before the wall came down, unbeknownst to the British government.

“Yes, Corbyn was naive enough to meet with a Czech spy, but he was never an intelligence asset. No one in the British establishment was going to share sensitive secrets with such an open left-wing radical,” wrote The Independent.

British Defense Secretary Gavin Williamson alleged it was “a betrayal of this country” that Mr Corbyn met with the envoy, said to have been “a communist spy” acting under cover. Mr Corbyn strongly denies knowingly meeting a spy but confirmed that he had talks at the House of Commons with a diplomat in 1987. The furore erupted after The Sun newspaper revealed documents from a Soviet-era archive that described the meetings and revealed the future Labour leader was known to the Czechs under the codename of COB. According to the declassified papers there were at least three meetings, including two at the Commons. One lasted 90 minutes and was held, said the Czech agent, “with the objective to strengthen mutual recognition and the deepening of trust” reported The Evening Standard.

“Time and time again he has sided with those who want to destroy everything that is great about this country, whether it is sympathising with terrorists, backing rogue regimes, or cosying up to those who want to inflict pain and misery on the British people…That he met foreign spies is a betrayal of this country. He cannot be trusted,” declared Williamson.

Ex-Foreign Secretary Malcolm Rifkind said: “If these documents are genuine, which they appear to be, there is a serious case for Mr Corbyn to answer.” According to The Sun, the Czech records described Mr Corbyn as “negative towards USA” but “positive” towards the Soviet bloc and that he backed “the Soviet peace initiative”, reported The Evening Standard.

Perhaps we should search the files for the name Bill Clinton as well.

Instead Of Micro-aggressions, Russian Students Protests Against Perceived Obama Aggression