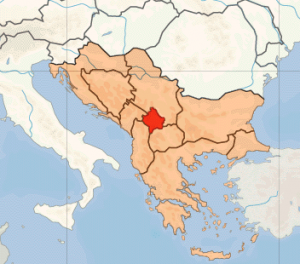 Today, the government in Kosovo fell, after the parliament approved the opposition’s no-confidence motion against the current government with 78 votes. The vote was a surprise, as the government did not expect its allies to vote in favor of the measure.

After 3 hours of discussions and reciprocal accusations, the Assembly supported the motion for overthrowing Isa Mustafa’s coalition government of LDK and PDK. Even PDK, though part of the government, supported the opposition’s motion.

According to latest assessments, tomorrow the president of Kosovo will start consultations with parliamentary parties to decide on the date of the new elections.

The leader of AAK Ramush Haradinaj, in opposition, addressed the media through an extraordinary press conference in which he stated that the start and the end of the current government was much the same, full of shame and deceipt.

The Alliance for Kosovo Future greeted the opposition motion towards Mustafa government by emphasising again that its fall is good news for the country’s future. Now the next step is to set up a legal state that protects its citizens inside the country and abroad…so that Kosovo remains a sovreign country and to never allow Serbia interfere in its internal affairs. 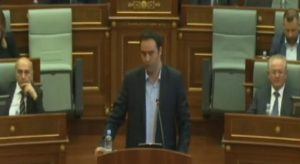 The illegal building of the wall near Ibri bridge in Mitrovica by the Serbs (which later was destryed by themselves) was the start of the motion movement against the government. It was that time when the opposition started to criticize the government for non-action against its construction.

This situation puts Kosovo into another spiral crises because it blocks the passing of the demarcation line and also of visa liberalization with the EU.

Again the Balkan countries appear to be in the midst of severe political crises and this does not seem to be a coincidence anymore.