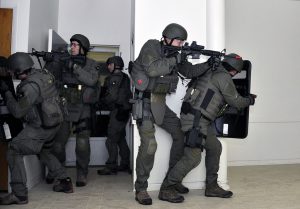 “Despite our calls to improve cooperation…American intelligence services are virtually ‘hunting’ for Russians all over the world,” the Foreign Ministry said in a statement published on its website on Thursday.

“Considering these circumstances, we strongly insist that Russian citizens carefully weigh up all the risks when planning trips abroad.

“After being extradited to the U.S., Russian citizens are faced with discriminatory treatment at the hands of American ‘justice’.

“Using various methods, including direct threats, they are pressured to admit their guilt, despite the fictitiousness of the charges, and when they refuse they are given huge prison sentences.

“It came to the real abductions of our compatriots. This happened with K.Yaroshenko, seized in 2010 in Liberia and secretly – in violation of the national legislation of this country and international law – exported to the US, as well as with R. V. Seleznev, whom US agents in July 2014. literally stole from the Maldives and forcibly transported to American territory.”

The Russian Foreign Ministry warns at least 40 Russian citizens have been detained on U.S. orders in third countries.

Cryptocurrency And The Western Balkans