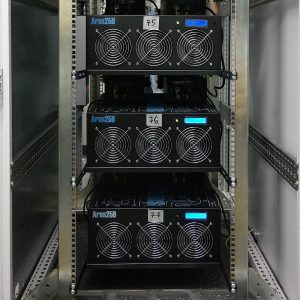 There is no way the Kremlin can ban cryptocurrency in Russia. The technology is too popular and has taken off like wildfire. Moscow knows this. Russian President Vladimir Putin has previously stated his support for development of blockchain technology and crypto in the Russian Federation, as a way to further diversify the Russian economy away from dependence on hydrocarbons. It seems the Russian Finance Ministry has now overridden central bank concerns, of money laundering and fraud, to now regulate crypto and provide legal cover for those dabbling in the technology in Russia.

“Russia’s Finance Ministry published draft legislation to regulate operations using cryptocurrencies, putting it at odds with the central bank’s resistance to allowing their exchange into rubles and other currencies,” writes Bloomberg. “Licensed operators would be able to validate conversion of cryptocurrencies into other digital instruments as well as rubles or foreign currencies, according to the bill. Digital assets themselves wouldn’t be deemed as legal means of payment in Russia, while the proposals also set out measures for domestic regulation of initial coin offerings,” they added.

“It should be noted, that the use of cryptocurrencies in the territory of the Russian Federation as a means of payment is not being suggested,” the ministry said in a statement, reported Reuters.

“Trades with cryptocurrencies have become so widespread, a legal ban on such activity would lead to the creation of conditions for the use of cryptocurrencies as an instrument to service illegal businesses, launder criminal incomes, and finance terrorism,” added the ministry.

The move to legalize the popular crypto movement in Russia most likely also has a lot to do with the upcoming Russian presidential election in March. The Kremlin is loath to anger such an important constituency.

The cryptocurrency world has been rocked over the past several weeks by severe devaluation of most cyber coins due to concerns of government interference in the market. With China, and South Korea, making moves to possibly ban cryptocurrencies altogether, the value of the technology as an exchangeable currency seemed to have dimmed. Russia’s new regulatory declarations will change this trajectory and possibly reignite crypto’s hyperbolic, upward price movements.

Indeed, as of writing this article, Bitcoin has moved back up to an 11,000 handle.