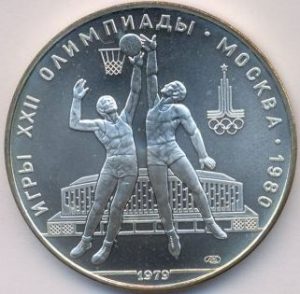 Russia now has its own version of the ‘Miracle’. A Russian produced film called Dvizheniye Vverkh (or Going Vertical) is raking in the cash at Russian box offices. The movie is somewhat emotional payback for the smash hit in America about the US victory over the Soviet Union in hockey in 1980.

“Dvizheniye Vverkh, directed by Anton Megerdichev, is based on a match between the Soviet and US national basketball teams during the final round of the basketball tournament held at the 1972 Munich Olympic Games. The cast includes famous Russian movie stars, such as Vladimir Mashkov, Andrei Smolyakov, Sergei Garmash and Viktoria Tolstoganova. American actor John Savage, a multiple Oscar nominee, plays the US team’s coach Henry Iba,’ writes Russian state news agency TASS.

“Russian sport drama released on December 28, has raked in over two bln rubles ($35 mln) at box offices, proving to be the most successful Russian movie so far, as shown on the website of the Federal Information System for film screenings. The previous Russian box office hit, Posledny Bogatyr (or the Last Warrior) earned a total of 1.7 bln rubles ($29 mln) at the box office,” writes TASS.

The Kremlin has been supporting the Russian film industry and has even mandated the number of foreign films movie theaters can show, attempting to push Russian-produced content.