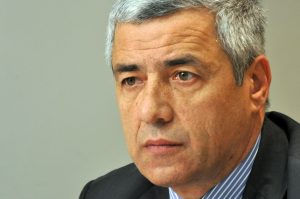 This morning, Oliver Ivanovic, the leader of Serbian Citizens Initiative, was shot dead in the Northern part of Mitrovica, Kosovo.

The crime was committed by unknown assailants, who shot while driving. Kosovo police are determined to quickly find the perpetrators, declaring there are eye witnesses. Kosovo Prime-Minister Haradinaj condemned the criminal act, stating the Kosovo government is committed to ensure a safe environment for all its citizens.

The European Union called on Kosovo authorities to solve the murder and arrest the guilty as soon as possible.

Two days ago, the U.S. State Department warned its citizens living in Kosovo to take care and avoid gatherings, especially in the Mitrovica region, as there were signals of riots.

Today’s event is influencing the talks between the two negotiating teams, Kosovo and Serbia, who are currently meeting in Brussels to continue their peace dialogue. The Serbian party has suspended today’s meeting.

Many Serbian citizens living in Mitrovica, through their statements, have accused the Serbian government for what is happening in the region, according to online media.

This was not the first attack against Ivanovic. Last year his car was found burned.

Ivanovic was a Kosovo MP during 2001-2004. He was the leader of the Party “Freedom, Democracy, Justice” during those years. He was considered a moderate politician, following a new political trend, and took part in all common avtivities with Albanian politicians in which he spoke in Albanian.

In 2009 he was investigated for war crimes and the court sentenced him to 9 years imprisonment…but later he was released from such accusations.

An Opel Astra car was later found burned in the suburbs of Mitrovica…thought to be the same car used while shooting.

Moscow Pulling Greece Into Its Orbit