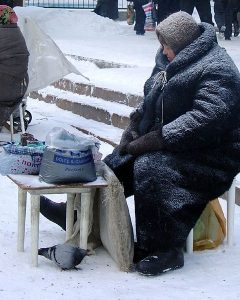 Russian President Vladimir Putin began to outline his vision for the future as the 2018 Russian presidential election heats up in Moscow. The comments were made today at the United Russia party’s congress, Putin’s political organization. The Russian leader declared Russia should not be seen as an ‘adorable grandma’. However, as the oligarch system remains in place in the country, innovation is stifled and the type of entrepreneurship that Putin desires is impossible. This is the paradox of modern Russia.

“Russia is a country with 1,000-year history, but we should not look after it like after our adorable grandma, which means she should be given medicine on time to prevent pain and leave it at that,” Putin said, reported Russian state news agency TASS.

“Absolutely not! We must make Russia young and focused on the future,” he is convinced.

“To achieve this, we must solve the tasks we are talking about now. We should make drastic changes in healthcare, education and infrastructure,” the president noted. “The other key objective of making the economy innovative by developing digitalization and biotechnology cannot be achieved without healthcare and education.”

“Sick and uneducated people will be incapable of doing so as everything is interwoven in the contemporary world.”

As Putin is a product of the old Soviet state, which saw top-down management as the desired political and economic structure, new business ideas and practices are not allowed to flourish and bloom as effectively as they should in a 21st century economy. The market should decide which ideas are nurtured and which ones are allowed to fail. Unfortunately in Russia, these ideas many times conflict with established oligarchs and empires, and are smothered. Corruption also remains a major drain on the economy. The paradox is that it is not Putin that will force Russia to be young and entrepreneurial, but the removal of the political system he sits atop.