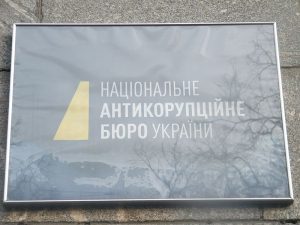 The Ukrainian Anti-Corruption Bureau has opened an investigation into a sister-unit (National Agency on Corruption Prevention (NAZK)) tasked with providing transparency into illicit assets acquired by public officials. NAZK has been accused of slow action on verifying wealth declarations by Ukrainian politicians and bureaucrats.

NABU – a sister agency investigating high-profile corruption cases – said it opened the case against NAZK officials on suspicion they received “undue benefits in especially large amounts, combined with the extortion of such benefits,” reported Reuters.

The former head of NAZK’s financial control department, Hanna Solomatina, reported to NOBU that she had decided to resign and hand over evidence to NABU after realizing an online wealth declaration tool managed by NAZK was compromised, wrote Reuters.

“In reality, the e-declarations system is used to cover officials loyal to the authorities … and for the self-enrichment of the head of NAZK and NAZK members…NAZK is not an independent body, but is completely controlled by the authorities,” Solomatina said in a recent public briefing.

Solomatina declared she had been informed by the president’s office to ensure all findings of the organization were approved by President Poroshenko, undermining the independence of the agency.