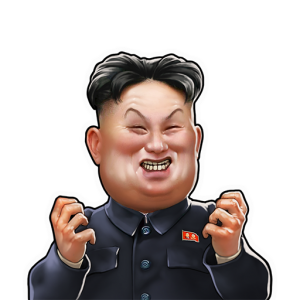 North Korean improved rocket engines may have been provided on the black market via a former Soviet rocket-producing factory in Ukraine.

A new report by Michael Elleman, a missile expert at the International Institute for Strategic Studies, links the engines North Korea is currently using to the Yuzhmash plant in Dinipro, south of Kyiv, reports the New York Times.

Pyongyan was having great difficulty over the last few years successfully launching missiles that could carry a nuclear warhead. American intelligence was rumored to have used cyber warfare to prevent the North from improving its ability to strike the United States or its allies. However that all changed in recent months as multiple successful tests, with greatly increased range, has alarmed American defense officials.

“It’s likely that these engines came from Ukraine — probably illicitly,” Mr. Elleman said in an interview. “The big question is how many they have and whether the Ukrainians are helping them now. I’m very worried.”

Ukraine denied the reports, linking them to Russian secret services. “This information is not based on any grounds, provocative by its content, and most likely provoked by Russian secret services to cover their own crimes,” said Oleksandr Turchynov, a senior national security official in the Ukrainian government. He said the Ukrainian government views North Korea as “totalitarian, dangerous and unpredictable, and supports all sanctions against this country.”

The Yazhmash factory has been losing money for some time after the loss of Russian rocket motor orders. Proliferation of advanced nuclear technologies has been a problem for decades after the fall of the Soviet Union. The Iranian-North Korea axis has also been of great concern for American officials. Iran now has large sums of money after President Obama’s nuclear ‘deal’ to buy technology and weapons.