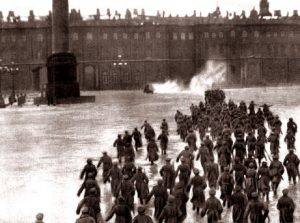 So I have a few questions. If Virginians wanted to save the statue of Robert E. Lee in Charlottesville from being removed to an undisclosed location, why didn’t Virginian families, men, women, and children gather around the statue holding up signs that said “Please respect our heritage”? Why didn’t they make it clear to everyone that no swastikas or pointed hoods of any kind would be tolerated by them on their sacred ground? Why didn’t they form a human chain to protect the statue from defilement by these symbols of hate? Why did they allow their cause, which to many (though far from all) Americans is worthy and just to be abused by bigots and criminals from far away? Where was the famed Southern valor when it came to defending their own back yard and their own symbols? Finally, now that they have proven to all of us that they are either incapable of protecting Robert E. Lee from a full frontal assault by neo-Nazis and KKK members, or simply don’t care to do so, should we re-evaluate our support for Southern heritage and its symbols?

The Battle of Charlottesville was lost by the South when Southerners chose not to take the field and an Ohio criminal went on a murderous rampage with his borrowed Dodge Challenger. The fact that the battle there was pitched between two sides that are (almost) equally repugnant, makes this defeat much worse, not better, as far as the South is concerned. It simply means that they surrendered their turf to not one, but two vile groups and by doing so allowed carnage to be visited upon their homeland and for innocents to bleed and die in their back yard. The effects of this loss are immediate and devastating for the South. Already Kentucky is accelerating its program of removing Southern statues and other symbols. There is no doubt that other states and jurisdictions will follow suit. History lessons that tie the Democratic Party to the KKK and even the German National Socialist movement, no matter how historically correct, are utterly useless. It is hard to care what some long-dead Democrats did in the 1930’s when just last weeks the South welcomed to Charlottesville Nazis waving swastika flags and KKK members in full regalia. Neither does the First Amendment to the Constitution of the United States of America provide any cover for this debacle. When I, as a Jew, see a person holding a swastika flag, I perceive him and those willingly found around him as posing a direct threat to my physical wellbeing and in fact life. This is not an exaggeration; millions of my people were exterminated under the foul auspices of that vile banner. When an African American sees a person wearing hood and robes, I am pretty sure they don’t think of Harry Potter. They perceive it, and rightly so, as a physical threat and a call to violence against them. Since the First Amendment does not cover incitement to violence and threats against specific individuals, it provides no relief to the horror that was Charlottesville. 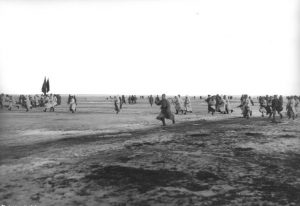 Every battle has victors and losers. If the South was the clear loser in the Battle of Charlottesville, who was the victor? The answer of course is the American Radical Left and its shock troops the Antifa movement. They managed to achieve two major victories: tie American Nationalism (and especially its Southern branch) to fascism and the KKK and change their own status from that of aggressor to that of victim, specifically the victim of fascism, nationalism, and white supremacy. Unfortunately, these victories will play a major if not decisive role in the new Civil War that is now unfolding in America. Charlottesville will now become the Bloody Sunday of the second American Civil War. One can only hope that the outcome of this struggle will leave America in better shape than it left the Russian Empire exactly one hundred years ago. 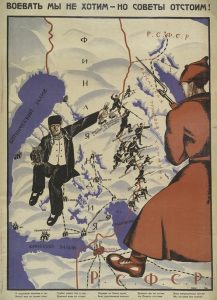 Bloody Sunday was an event in which thousands of Russian workers, organized by a Russian Orthodox priest marched on the Winter Palace is Saint Petersburgh in the winter of 1905 to petition the Czar for better working conditions. The Czar not being in residence, the ill-informed and ill-prepared palace guards opened fire. Between 96 (official Czarist estimate) and 4,000 (high estimate by historians) people died as a result. In isolation, this event was hardly remarkable against the backdrop of the industrial revolution in a country as vast as Russia. Similar events (though perhaps with significantly fewer casualties) were routine in the United States and Western Europe through the 1930’s. What made this event different, was the presence at that time in Russia of radical political groupings such as the Bolsheviks. The latter, whose leadership was well-versed in the art of political terrorism as provocation for achieving radical political change, did not initially support the worker march, led as it was by an Orthodox priest and seeing as the workers paid obeisance to the Czar as the Father of the Nation. Once the scope of the carnage became known however, the Bolshevik leadership were quick to recognize that a terror act of massive proportions had just been perpetrated by the Czarist regime against its own people. They immediately sprang to action. Major strikes roiled the empire already embroiled in a disastrous war with Japan. The Czar’s reputation as a defender of the people was irrevocably compromised. The events of Bloody Sunday were exploited by the Bolsheviks to the fullest extent possible. The stage was set for the final violent overthrow of the Czarist (in February of 1917) and subsequently the representative (in October of the same year) political systems, the demise of the thousand-year old Russian monarchy, and the plunging of the country into a bloody civil war from which it would emerge forever diminished in every way. 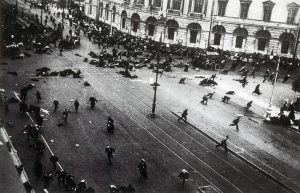 The tactics of opportunistic exploitation of any provocation that can be of use to achieve the final revolutionary goal were developed and perfected by the Bolsheviks and are well-known to their ideological descendants in the American Left. There can be no hope that they will fail to apply these tactics to the events that took place in Charlottesville. America of 2017, unlike the Russian Empire of 1905 – 1917 is not a country in extremis. We are not fighting a war with Japan or becoming embroiled in the First World War. But it is not difficult to imagine a sharp stock market correction coinciding with a North Korean strike on Guam, followed by an opportunistic Russia annexing the Donbass Region of Southwestern Ukraine suddenly plunging America into a serious crisis. A massive selloff of US treasuries by China coming on the heels of these events can push the country over the edge into the waiting arms of radicals and totalitarians. History may then record that it was Charlottesville, in that fateful August of 2017 that triggered the demise of the greatest experiment in liberty the world has ever known.