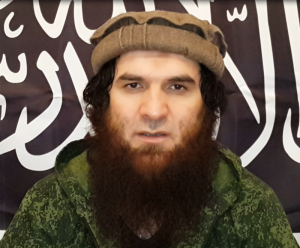 Russian counter-terrorism forces have surrounded Islamic jihadis operating out of a village in Dagestan, a Central Asian territory of the Russian Federation. The region has been a hotbed for Muslim extremism since the fall of the Soviet Union. Russia fought multiple conflicts in Chechnya and Dagestan during the 1990s against jihadi forces.

Russian security forces stated they have identified the militants and intend to ‘neutralize’ them. A security alert has been established around the village in question.

“Officers of the Dagestan department of the Russian Federal Security Service and the local department of the Russian interior ministry established that militants of an extremist group who were involved in subversive and terrorism activities are hiding in the village of Orota in Dagenstan’s Khunzakhsky district,” the spokesman for the National Anti-terror Committee’s (NAC) Dagestan headquarters said on Sunday, reported Russian state news agency TASS.

Hundreds of fighters have left the Central Asian region to fight for the Islamic State in Syria. Russia is concerned many of these fighters may return home. Tamerlan Tsarnaev, the older brother of the Boston Bombers, traveled to Dagestan before the Boston Marathon attacks. Russian security authorities tried to warn American counter-terror officials prior to the bombing but were ignored.

Russia has suffered multiple terror attacks in large cities in the last few years and most of it originated from the Central Asian area. Thirty percent of the Russian population is Islamic.