This post is the tenth and final post in a short story told only via fictitious news posts – we hope you enjoyed! Watch for our next short story! 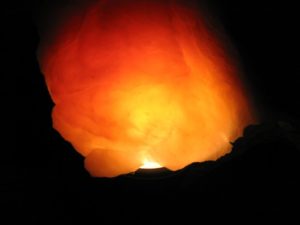 (Siberia) United Nations scientists invited into the Siberian far east by the Russian government have made a startling, fantastic discovery regarding the large circular disks that have been found to be creating sink holes in the Siberian tundra and emitting rhythmic, extremely powerful energy bursts. “We have found that the objects have been collecting geothermal energy for thousands of years. They were placed here long ago and are essentially batteries,” said the head Russian scientist of the investigative team. He asked that his identity be kept confidential due to the shocking nature of his claims. “The amazing thing we have now found is that we think the batteries are now full. They can no longer store any additional energy. In other words, the batteries were placed here to be charged and now they are emitting an energy signal to whomever placed them here. Essentially, just like an electronic device that chirps when the battery is fully charged.”

“What do you think will happen next?,” Tsarizm’s reporter asked.

“Well, what naturally would happen when a device is full. Whoever left them here to charge will come and get the batteries for whatever use they were intended for. In other words, whatever intelligence put them here is most likely on its way back here to reclaim their property. When they arrive, no one knows.”