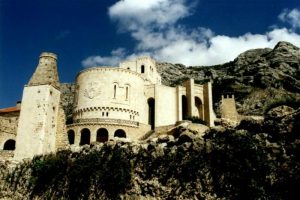 The 2017 electoral campaign is over. Today is the day of electoral silence and tomorrow Albanians will turn to the ballot boxes, more dubious than ever.

It has been a very aggressive campaign month, with big clashes between two coalition parties, SP and SMI. Their “divorce” was caused by mutual accusations. SP accused SMI of corruption, thus destroying the image of the central government, to one of abuse of power, and as a result, making this four-year co-governance very difficult.

On the other hand, SMI has thrown harsh accussations towards the leading party, regarding domestic cannabis and the involvement of the security forces in the process.

The Democratic Party has also filed an electoral campaign full of charges against the Socialist Party, denying the possibility of joint governance, referring to the fact that they are fighting for a New Republic, i.e. their electoral motto, which cannot co-exist with the old republic.

During the campaign, an incident was recorded in one of the SMI’s electoral offices in Durres city, which exploded in flames some days ago. There is still no identified perpetrator of this arson.

However, from the preliminary surveys, such counties as Durres, Fier and Berat are the ones where both parties, SP and SMI, will strongly fight against each-other tomorrow, because of the large number of MPs these counties contain.

All three parties do not seem very enthusiastic about the number of mandates they will take, a thing that will probably lead them to post-electoral alliances.

During the electoral campaign, the Socialist Party has demanded votes not only from its electorate, but from all the people, to lead the country single-handed, so as to continue deepening the reforms towards EU, claiming they will get rid of corruption, bribes and favors from the central governance.