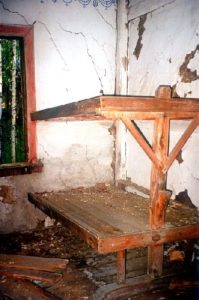 Former policeman Mikhail Popkov, 53, from Angarsk in Siberia, has been charged with 60 new killings of women, on top of the 22 for which is is already serving a life sentence.

Nicknamed The Werewolf, he has confessed to all the new murders – the women were aged 17 to 38 – ahead of his trial, and assisted investigators in finding bodies of many of his victims, say law enforcement sources.

The figure is said to be his ‘final’ toll, following an exhaustive investigation.

Popkov often raped his victims before killing them, say police. A leak of his testimony to police today gave an insight into his life, and how he separated his ‘ordinary’ family life from his other existence as one of history’s worst and most bloodthirsty serial killers using axes, knives and screwdrivers to murder his victims…