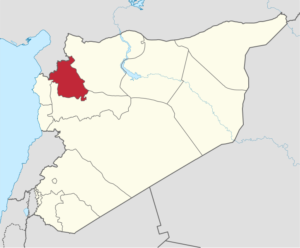 Russia has put forth an alternative narrative on the chemical weapons attack in Idlib, Syria which killed and injured scores of civilians, including children. The Kremlin stated the airstrike from a Syrian air force jet hit a chemical weapons plant operated by opposition forces. Russia reiterated it is standing by the Assad regime.

“Russia and its armed forces will continue their operations to support the anti-terrorist operations of Syria’s armed forces to free the country,” Kremlin spokesman Dmitry Peskov told reporters.

“In our work with the Security Council, Russia will, as part of its argument, present the facts which have already been laid out by our defence ministry,” he added, reported Reuters.

Western powers in the security council have drawn up a measure condemning Syria and the attack. Russia says it will argue at the U.N. its alternative facts are the true version of events.

U.K. Foreign Secretary, Boris Johnson, also remarked on the event. “All the evidence I have seen suggests that it was the Assad regime who did it, in full knowledge they were using illegal weapons in a barbaric attack on their own people,” Johnson said.

“We must accept the paradox of this meeting today. We are all here together trying to assemble a vast …. sticking plaster for Syria when there are still governments here supporting the Assad regime, which is inflicting those wounds and inflicting them with weapons that were banned internationally a century ago.”

White House press secretary Sean Spicer told reporters Tuesday that the attack is a “consequence of the past administration’s weakness and irresolution,” reported CNN.

Russia, Germany, And France Agree To Share Intelligence Against Terror

Baltics Want Trump To Reassure Them, In Face Of Continued Perceived Russian Aggressions In Region