During his opening speech he focused on the main challenges of diplomatic assembly, such as – conflict in Ukraine, tensions in the Balkans, attempted coup d’Etat in Turkey, terrorist attacks and refugee crisis’. At the end of his speech he also summed up the main achievements of last year: 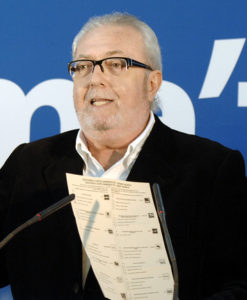 “Another major challenge to our values and standards is the existence of political prisoners.

Upon my election as President, I decided to concentrate specifically on this issue. I pushed for the release of Nadiya Savchenko [Ukrainian MP] and Giorgi Ugulava [ex-Mayor of Tbilisi, Georgia] and engaged in talks with the Azerbaijani authorities about the liberation of political prisoners. These initiatives, which I was not alone in undertaking, brought results.

In Russia and in Georgia, Ms Savchenko and Mr Ugulava were released and in Azerbaijan a considerable number of civil society activists and journalists were also released and I welcomed this development.”

Nadya Savchenko, Ukrainian pilot detained in Russia in 2014 was released from prison on May 25, 2016.

Gigi Ugulava, Ex-mayor of Tbilisi detained in Georgia was released from prison on January 6, 2017.

Full transcript of the speech.