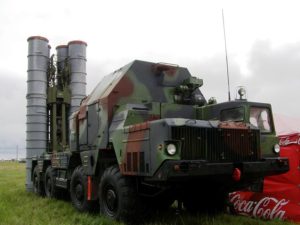 Ukrainian media are quoting Ukrainian President Piotr Poroshenko as saying that the Ukrainian people have experienced a real “high” from the recent firing exercise of anti-aircraft S-300 missiles by the Ukrainian armed forces in the vicinity of the Crimean Peninsula. According to Poroshenko, this was attested by the many phone calls he and his defense minister received from excited citizens.

Furthermore, should any Ukrainian missiles pose a threat to any Russian installations, the batteries and other ground equipment that were used in the launch would he destroyed.