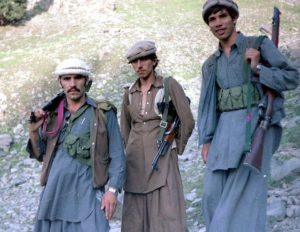 The most deadly weapon used against the Russian military in Afghanistan was the Stinger missile made by America. The shoulder-launched missile, supplied by the CIA to the Mujahideen, was responsible for the downing of scores of Russian aircraft and crippled the Russian military’s ability to use airpower to fight the Islamic rebels. One could make the argument that this weapon was instrumental in pushing Russia out of the south Asian country.

Kremlin spokesman Dmitry Peskov said Russia was now worried about American-made ManPADS falling into the hands of anti-Assad rebels and used against Russian aircraft in Syria. The Obama administration recently eased the weapons embargo for the Syrian opposition.

“The worst outcome of this decision would be terrorists coming into possession of various types of armaments, including portable anti-aircraft rockets, including shoulder-launched missiles. This will run counter to international conventions on that score and pose a serious threat not only to this region,” Russian presidential spokesman Dmitry Peskov told the media on Friday. “Should terrorists get the shoulder-launched missiles, all countries of the world might be in danger,” reported TASS.

“It goes without saying,” he replied when asked if Russian military planes might become more vulnerable. “True, there are certain means of protection. There are very advanced technologies. The pilots are to follow certain precautions in a situation like this. But the risks remain very high.” 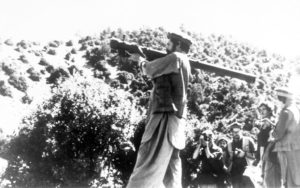 Half Of Russians Negative On Economy

Saakashvili For Prime Minister Of Ukraine?