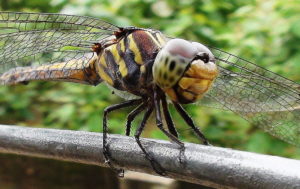 Russia’s United Instrument Manufacturing Corporation (UIMC, part of the state Rostec Corporation), is providing Russia an answer to the Black Hornet drone developed by Norway and in use with U.S. and British special forces.

The miniature aircraft gives operators the ability to acquire visual or thermodynamic information on enemy troops or equipment in the field that may not be visible from a soldier’s position. They are equipped with cameras for still or video images as well as thermal scopes.

“The miniature copters the size of a dragonfly fit in the palm of a human hand and are in fact pocket drones. They make almost no noise, they are easy to operate and maneuver well. Their operational range is not very wide but it is enough to fulfill the surveillance tasks concerning close combat, security protection and participation in anti-terrorist operations. These drones are relatively inexpensive so it is easy to replace them in case they are lost,” a source in the corporation told Russian state news agency TASS.

“According to the source, the copters under development can be utilized at large industrial enterprises where there is a need to control the thermal state of various facilities. Firefighters and rescue services can also use these copters while searching for victims, detecting fire areas, assessing the situation and determining the ways of evacuation,” reports TASS.

Russia To Continue Cooperation With Israel