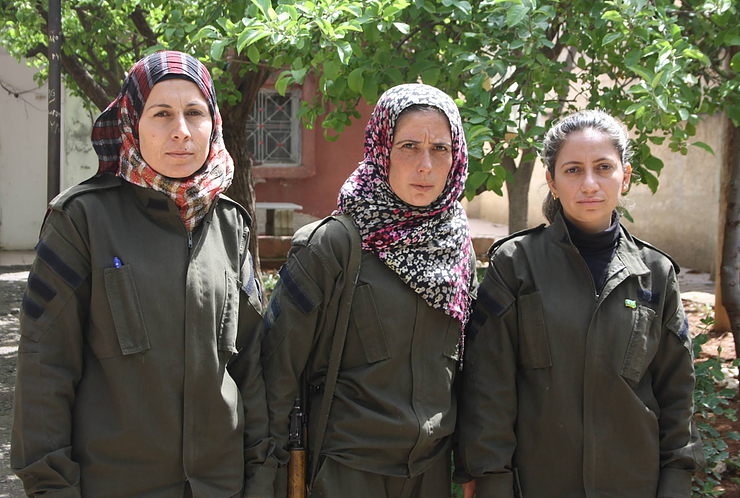 MECRA: Can you describe the role of the SDC?

OTHMAN: In December 2015 the Syrian Democratic Council (SDC) was formed after meetings in Cairo between seven political opposition groups. It includes Kurds, Arabs and Assyrians. They share the same views and interests and decided to create a political body. It is the political umbrella for the Syrian Democratic Forces (SDF). There was a need to establish a body such as this for future political negotiations and to discuss various solutions for Syria.

What are your major concerns today in eastern Syria?

Our major concern is the Turkish threats, while we are still struggling with extremists and ISIS. There are 3.5 million to 4 million civilians living in eastern Syria and if any other major conflict happens it will be a humanitarian crisis. Being threatened by Turkey and fighting ISIS at the same time will give more opportunities to ISIS fighters and other extremists. We are also concerned that the same thing that happened to Afrin will happen again here.

Prelude To War Over Eastern Syria: Getting Rid Of The Inconvenient Hopes Of Syrians

The US is withdrawing, can you get support from France and other Coalition members

We hope that France and other members can fill the vacuum of US. We know they can if they will be willing to do it. 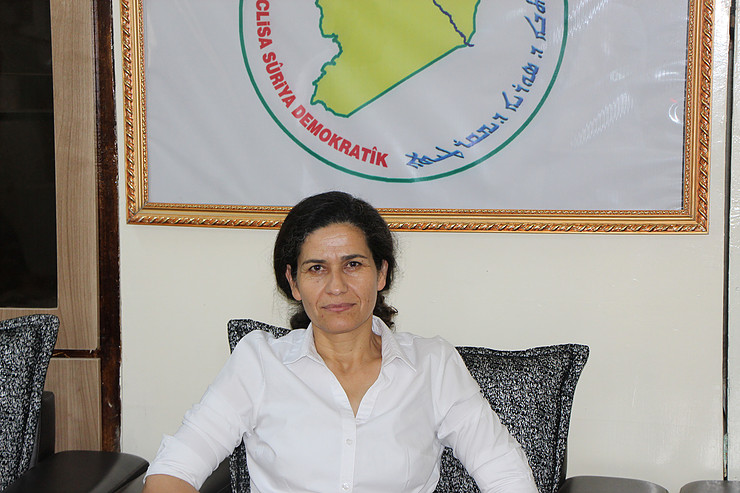 Ilham Ahmed co-chair of the Syrian Democratic Council, has urged France to support the region as the US withdraws. (Jonathan Spyer)

Some express concern about the ISIS detainees what is your policy and how do you think the international community should help with them?

We have about 900 Westerner ISIS fighters here in prison. Plus the families of ISIS fighters, which included women and children, for a total of 3,000 detainees. They live in a camp. We are concerned that these detainees will become a major problem for us and of course for the whole world. The international community still didn’t make a decision about what to do with them. We asked their countries of residence to return them to those countries. Only two countries so far accepted that. Due to security reasons we cannot mention those two.

Can you describe the main fear of local people?

People are afraid and panic at a possible new conflict. They are concerned about a war that will take their lives and their loved ones, and their self-esteem. People want peace not war. It’s seven years that the SDF and its precursors are trying to protect this area. The local people don’t want to end up like other places in Syria. They worry that what is happening in Afrin will happen to them. This includes being looted, assaulted, displaced, killed and ethnic cleansing by Turkish-backed groups and other jihadists and extremists.

Will the SDC work to prevent a Turkish operation and how? Are there discussions about any kind of dialogue with Turkey, Russia, Iran?

We don’t want a military conflict. We believe that ISIS will take advantage of it. Extremists use conflict as an opportunity. We hope a peaceful dialogue can solve the problem. But Turkey won’t allow peaceful dialogue. Turkey wants to invade. There are options are on the table for us. Iran won’t allow northern Syria to fall into Turkey’s hands. If northern Syria fell into Iran’s hand, Kurds won’t allow it. Therefore Kurds are alone and can make a balance. Russia has a major role as a great power in Syria. Russia doesn’t need to be like a bait in Iran or Turkey’s trap. Russia will have a huge role in solving Syria’s political issues. We plan to get into dialogue with Russia regarding that.

What are the immediate needs of people in eastern Syria? Economic support? Defense support?

People have been through a long war and need stability and lot of rebuilding and we already told the international Coalition about these needs. Our goal is standing against terrorism and we are really looking forward to see what France and others will do. For France and other European countries it is important to have Syria in peace and stability without ISIS and other jihadists. They are a worldwide threat. 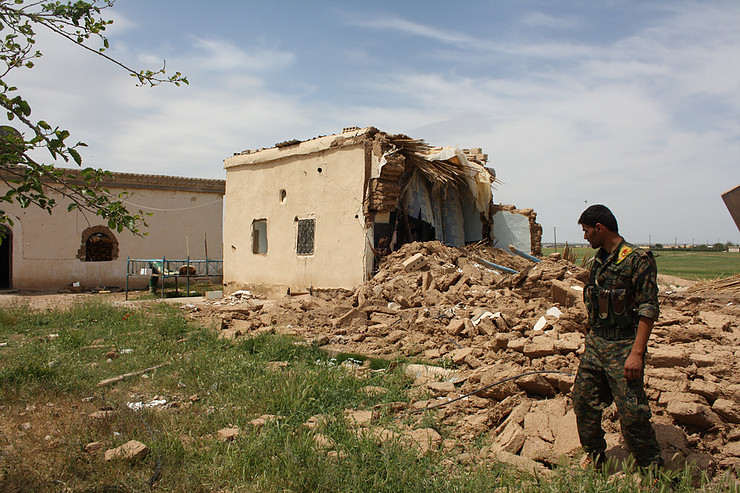 Disturbing Questions About The US Sudden Syria Withdrawal

Regarding the role of women, do they face a specific threat given their unique role in what has happened in Rojava and eastern Syria?

There was a severe war in these areas, but the project of local autonomy encouraged women to play an important role. This represents a unique experience in this region in general. Women here have a major role in all fields and aspects of life, including the political, social and even military. Women played a critical role in the political level in north and northeast Syria. ISIS humiliated and trafficked in women from Sinjar in August 2014 when they attacked, and imprisoned women in many places.

Jihadist parties did the same in Idlib, Jarabulus and Afrin excluded women in all aspects of life. There is a story, for instance, that took place when a man names Bashar Bseis murdered his sister Rasha. He was a military commander in a militia in Jarabulus.

Women are going through horrible experiences in this region, but every organization and media agency who visited the northern part of Syria witnessed how women have a major and important role here, a role that was completely absent before. We are afraid that our successful experience may be ruined if the Jihadis take over our areas since their reactionary beliefs and mindsets humiliate women. Our experience during the last seven years proved that women suffered a lot under the control of those extremists.

China Plans To Take Over The World