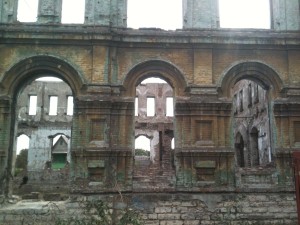 Arriving in Mariupol, in the Donbass region of East Ukraine, one is led to believe that this will be just another post-Soviet city of bland concrete apartment blocks and industrial waste, as the smokestacks from the giant steelworks belch unhealthy substances in the distance. The train station is modern and functional and sits next to a maintenance depot for Ukrainian trains, as well as a rotting port infrastructure on the Sea of Azov. The color of the water tells you there is nothing living within miles of the city, except the usual mutant bottom feeders that thrive on chemical sludge.

The train ride was uneventful from Kyiv. Even the occasional gun emplacements guarding the approaching roadways, surrounded by sandbags and anything else that would stop a bullet or piece of shrapnel, didn’t bother me. The war in East Ukraine had been subsiding as Russia focused on the other conflict de jour, Syria; but that was far, far away. 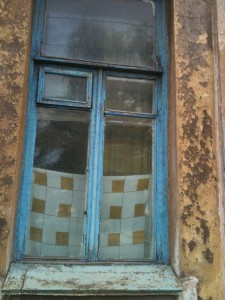 I flagged a taxi and took the short ride up the hill to the center of town and my destination, Spartak Hotel. I’m sure the taxi driver double charged me as a foreigner, but it still was only $2 so I didn’t complain.

Is Ukrainian Soil Soaked With Too Much Blood? A Historical Opinion On The Ukrainian Conflict

The hotel was the highlight of my two day, which turned into a three day, trip. The place was clean, modern, functional and new, only $24 a night. It was quite enjoyable, as long as you don’t mind big guys with automatic weapons hanging out. Everything worked and the wifi was great; it’s critical for me in the writing business. After checking in, I decided to take a look around. 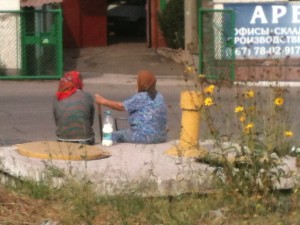 The downtown area is busy. People are out shopping, buying food, and walking their dogs like any normal city. Thoughts of war seem long gone from their memory; although, I’m sure they are lurking somewhere in their brains to be resurrected at a moments notice if the shelling starts again. I found a local market and bought some food. I’ve learned not to eat in Ukrainian upscale restaurants if I don’t have to as a foreigner. You tend to get hounded to buy as much as possible as they think you might have money. So I typically buy stuff for the room or find a small cafe nearby, much more pleasant.

After dropping of the supplies, I ventured further into the heart of the old city, camera in hand. I’d heard of the old architecture here and was interested in finding it. It did not take long. 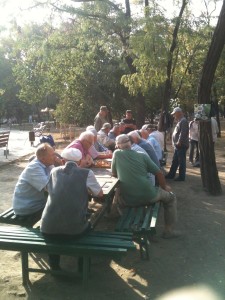 The lost city of Mariupol, prior to the Soviet revolution, was a busy trading center on the Sea of Azov. In the late nineteenth and early twentieth centuries, the city blossomed as a key export center for wheat and coal produced in the Ukrainian heartland. There was real wealth created during this time. You can see it in the old buildings, built prior to 1917. There was a soul here, artistry, an optimism that is long gone. The ironwork, decorative accoutrements, and general joy of the old buildings long to tell a long gone story, but alas, they can’t. I strolled among them and took photographs for a couple hours, fascinated. 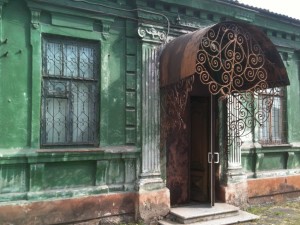 I then managed to make my way back to the administrative center of the city, taking in all the different waves of construction that obviously took place over the years. The Soviet sections of the city are lifeless and bland. However, once I found the square built around the fountain in the center, the surroundings improved. There was a wedding being held under the trees. Old men gathered around a long table to play chess. Lovers kissed in the shadows. Children played around the fountain. It was a wonderful scene of humanity, in spite of all the hardship these people have suffered. 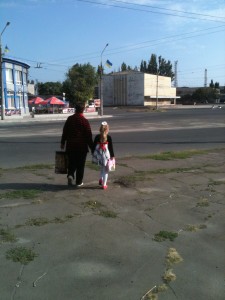 I stayed several days in Mariupol for business reasons. I did not regret it. The city is not a ‘destination’ if you will, but it is interesting if you get the time and are nearby. If Mariupol can find peace, and if someone with a vision can renovate the port, the beach, and bring back the artistry and vibrance to the old city, these people and the town might have a future again. 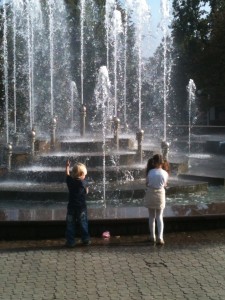 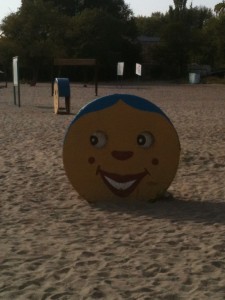 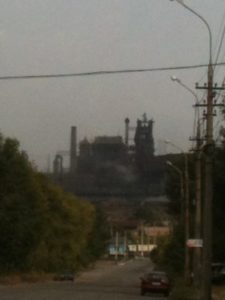 The 6th Festival of Icebreakers Took Place In St. Petersburg﻿