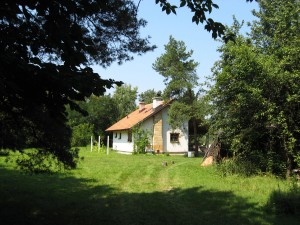 Over the last weeks Europe is facing an unprecedented influx of immigrants from poorer and/or conflict-striken countries. And while the Occident seems thorn between the notions of humanitarian compassion and silent panic over the logistical, monetary, and cultural consequences, a striking phenomenon remains somehow less visible in the news coverage.

Ironically, the currently most active route retraces the footsteps of the Crusaders and leads tens of thousands of impatiently determined men and women over the ethnically and religiously multifaceted Balkan countries that are still fighting their own demons of painfully bloody past and the twisted reality of their present.

Those, who merely two decades ago lived through the agony of brutal war, fought not against a foreign invader but their own neighbors and friends, those whose families are to this day scattered across the world and many of whom built a new life from a hastily packed suitcase show the highest level of genuine compassion and support.

The citizens of Serbia registered the fact that there are folks going through rough times camping in their front yard and simply silently engaged in helping. At the same time, the people in Bosnia spontaneously started sending privately collected donations in kind with volunteering transporter owners to Belgrade and other points along the route of the human trail in Serbia.

No, I was not surprised to see the photograph of the Serbian policeman cuddling gently the toddler of strangers in the street as this is exactly how I’ve got to know the men and women across the countries of ex-Yugoslavia and I feel privileged to have plenty of true friends among them. Yes, they are tough as steel when they are called to stand up for what they believe in, and yet passionately caring in matters of the heart and in the face of common tragedies.

The devastating flooding last year tore down all man-made and mental borders and people demonstrated unprecedented unity in supporting each other – Serbs, Croats, Bosnians and the entire diaspora spontaneously put behind all bad feelings and helped one another without any further ado.

Only when touring the Balkan countries for business that often involves driving some 5000 km in one week and insanely long hours, border policemen and customs officers have shown genuine worry for my wellbeing and on more than one occasion have messed up my planning by insisting on my taking a break and returning in daylight to resume my journey on a road they claimed would not be safe enough for a woman traveling alone in the dark. To be honest, I’ve never felt unsafe and always enjoy the friendly banter and humorous exchanges.

I remember vividly one customer visit in Republika Srpska on a hazy spring day. The meeting went well and, as usual when it comes to business, straight forward and to the point. As customary in this part of the world, my hosts insisted that now we’ve got to hang out together over lunch to celebrate sealing the deal.

We strolled from their perfectly organized office to a nearby pub where it looked like in order to gain access one had to light a cigarette first. Somehow it seemed absolutely okay in a world, where a non-existing currency – the Deutsche Mark, serves as national medium of exchange. The atmosphere in the restaurant was laid back, the staff extremely friendly and efficient, and we have enjoyed a relaxed extended meal over fabulously warm-hearted conversation, indulging in delicious local gastronomic treats.

The time to go came, in the meantime the fog had lifted, and so I drove off on a winding road along the Una river that forms a natural border between Croatia and Bosnia and Herzegovina. What an amazing sight was unfolding in front of my eyes – the beautiful landscape, with the full, lazy river to my left and hilly pastures full of grazing sheep with their lambs to my right, crossing villages crowned both by church bell towers and minarets, where vivaciously barking stray dogs were escorting me while elderly women, chatting on benches under the shadows of the trees lining the streets and dressed in shalwar, idly acknowledged me while puffing pipes. And all along, gipsy music was blasting from the car radio as if Goran Bregovic’s Weddings and Funerals Orchestra was cruising along with me… 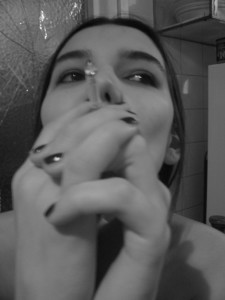 I felt like a character in a movie of Emir Kusturica (that you may remember from his celebrated ‘Arizona Dream’, though this is not the one I’m referring to) and couldn’t help but grin happily for hundreds of miles more with these images burned into my memory forever.

I drove lighthearted and immensely happy for it looked like the world is back to normal on this crazy wild peninsula where in most big cities an orthodox church, catholic cathedral, mosque and synagogue are often merely yards away one from another, where for centuries neighbors of different congregations celebrate their religious feasts together, and life is taken so easy even when it’s in fact as hard as hell.

The Balkan states of the former Yugoslavia may not be an example for working institutions or political correctness, though nobody can deny the incredible drive of their people to survive against all odds. And it seems that not all hope for a better future is lost where there is capability for forgiveness and consolation, and nations still struggling to make peace with their own tragic experience of the recent past have found the strength to show so much grace and decency towards strangers on the run.

To get the vibe, you may wish to look up and watch Emir Kusturica’s “Time of the Gypsies”, “Underground”, “Black Cat, White Cat”.