Perhaps you were a good kid in high school; a diligent student, 4.0 average, all advanced placement classes. Perhaps your parents, upon your acceptance to an Ivy League school decided to transfer to you, no strings attached, your entire college fund, the one they opened on the day you were born, the one they sacrificed so much for, now totaling over two hundred thousand dollars. But the temptation of the big bucks did not sit well with you and after only two years you were a college dropout, and the money? Well, it was gone.

How do you deal with your conscience? What do you do to assuage the overwhelming sense of guilt, of having sinned against the very people who gave you life and who sacrificed so much of their own lives for you? Should you even feel guilty in the first place? The answer to this question sharply differs between the Judeo-Christian traditions and the traditions of Western Paganism and Eastern fatalism. For most of human history the answer to your question was that what happened was not your fault because you never had free will and thus the choices you had made were not your own; they were prescribed to you by an angry deity (perhaps Kami-no-Taki, the waterfall imp was not too pleased when you used his pristine pool as your personal toilet growing up), or by fate, which, it would seem, had preordained that you would reincarnate as an untouchable latrine cleaner in your next life. And even if your actions were your own, the die was cast; latrine cleaning was definitely in your future.

For most of human history this was the case, but not for all of it. Three thousand years ago, in the stark Judean desert, between the Dead Sea and the cloudless blue skies, a new idea was born; a truly revolutionary idea that shaped the world ever since. Someone, perhaps Abraham, perhaps someone very much like him, glimpsed a different truth, a truth that posited the existence of a unique all-powerful and infinitely good Creator who, upon defining for you the paths of righteousness and wickedness alike, lets you and you alone choose the path upon which you will tread and who, should you (and believe me, you will) stray from the path of righteousness, always keeps open for you the path of teshuva, of repentance. 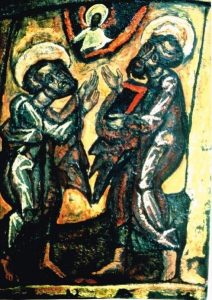 The path of righteousness and the path of wickedness are hardly unknown to us; our conscience tells us, all of us, all Homo Sapiens, what is right and what is wrong. You knew full well when you made the call to that escort service, when you dropped that class, what you were doing. You knew full well that your actions would make those who are dearest to you deeply unhappy, and yet you did it anyway. No, God, didn’t tell Abraham anything new about what was right and what was wrong; the big news was that Abraham was free to choose for himself, and having chosen wrongly, nothing was sealed; the path of redemption always lay ahead. Even for the most wicked, there would be no rolling a huge rock up a hill just to have it tumble down again in perpetuity; the worst of the worst do not merit being chained to a cliff having their liver pecked at by an eagle. With our very last breath on this earth, we can come back to Him.

But the Abrahamic good news is perhaps not all good. The knowledge that we have free will chases away all our excuses. That waterfall imp, well, he doesn’t exist. Your drunkenness, your debauchery, your neglect of your aging parents, that expense report you fudged just because your business partner trusted you, that’s all on you. Only you. And repentance? It’s not easy. Ask, no, beg, forgiveness of your parents. Forget about the Ivy Leagues, try that safety choice that offered you a full ride. Take responsibility for your actions and act boldly in the cause of goodness.

Rabbinical Judaism and Christianity, the two offshoots of ancient Temple Judaism differ only in their way of cleansing the People of Israel of their sins. When the Temple stood, this was accomplished via animal sacrifice culminating in the Day of Atonement, when the entire load of sin of the entire Nation of Israel was placed on the head of a scapegoat, a literal goat, who was then led to a cliff by a Gentile and thrown over, thus absolving all Jews from their common load of sin, until the next year. It is worth remembering here, that the sins absolved on Yom Kippur are sins committed against God, such as not keeping the Sabbath, rather than sins committed against fellow men such as theft or murder. Repentance for those involves contrition, and good deeds, and, in Judaism, is never a sure thing.

When the Temple burned, in that fateful August of 70 AD, the path of sin cleansing via animal sacrifice was forever foreclosed. In its place, Our Sages erected a complex structure of observance, remembrance, and above all education that is known to us today as Rabbinical Judaism. The followers of Jesus chose to believe that he was the son of God, sent to this earth as the one final and eternal sacrifice and that one’s sins can be washed away only through affirming him as such. The difference between these two radical innovations born out of extreme plight and hopelessness is stark, but nowhere near as stark as the difference between the combined Judeo-Christian worldview and the worldview of paganism and Eastern fatalism.

Whether you believe that your personal salvation lies through Jesus or through the study of the Torah and its oral traditions (the Talmud), you still take personal responsibility for your choices, be they wicked or righteous. You accept that repentance, while never foreclosed while you draw breath, lies only along the path of righteousness, a path that you must choose of your own free will. Nothing is predetermined, no evil imps can make you take the wrong path. It’s all on you. 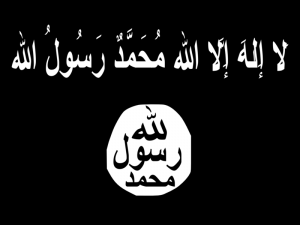 Jews survived the Diaspora and have now given birth to the miracle known as the State of Israel. Christians built from the ruins of the Roman Empire the technological marvel of a world that we live in today. Together, we came close to eradicating disease, poverty, oppression, and despair. We did it because both Christianity and Judaism see the world as a collection of individuals, empowered by their Creator to make their own choices, created by Him in his own moral image, and thus capable of exercising their God-given freedom in the cause of good more often than in the cause of evil.

Perhaps we were too successful. The extreme de-risking of modern life, produced as it was by (and only by) the combined efforts of the Judeo-Christian world has resulted in a self-indulged and self-centered generation the likes of which has never existed before. Never knowing true hardship, always sheltered and pampered, this generation refuses to take personal responsibility for any of its actions. From the cults of statism (fascism, communism, socialism) to the Indian cults in the 1970’s with their laughable “gurus”, to the current resurgence of Roman and Nordic paganism in the West, and finally through the acceptance and even glorification of the faux-Abrahamic (but actually neo-pagan) “religion” of Islam, the new generations are rushing to trade in their free will and their God-given rights for the worthless “promises” of mountebank “politicians” in the mold of the Clintons or simply for nothing at all, only the fleeting assuaging of their guilty conscience via the removal of personal responsibility and the return to the atavistic fatalism of the East. 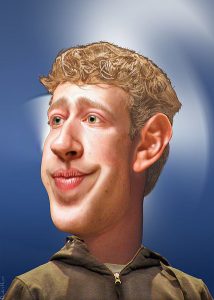 Global corporations, led by the tech giants and eager as ever to see human beings as interchangeable pieces in an amorphous and rapidly depreciating commodity they call “human capital”, have always seen empowered free individuals as Enemy Number One. It is no wonder then that they are on the front lines of the war against any remaining outposts of the Judeo-Christian tradition, outposts that have now dwindled to the Trumpian American heartland and the tiny state of Israel. The war that was started by Lenin, Stalin, Hitler, and Mao is now continued by their direct intellectual descendants, Big Tech, Global Corporations, and Islam. There is no difference in the goals sought by Hitler and Zuckerberg, Mussolini and Jack Dorsey, only in the means that they use to reach those goals. Just like the 20th century communist and fascist (a distinction without a difference) dictators, today’s Nike and Microsoft, Facebook and Twitter, all seek to eradicate the human race as a collection of free individuals who depend on nobody, least of all them, for their freedoms and their rights. In this quest they are joined by China and Russia, ever the enslavers of their peoples, and of course by the world of Islam, a creed that has flourished by giving slaves false hope so as to keep them from chafing against their chains.

Goliath looks formidable again, now perhaps more than at any time since that battle on the Judean foothills overlooking the Eastern Mediterranean. But David has yet a few tricks left and Der Alte, the Old One, as Einstein used to call Him, has given us, free individuals, all that we need to fight and win. Let’s get to it.