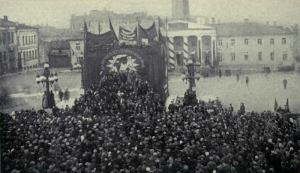 This day 100 years ago a thousand-year old political entity known as Russia ceased to exist. This entity was spread over an area greater than one sixth of the entire landmass of our planet and was among the top five powers in the world. So what happened? This question is hotly debated as we speak in the pale simulacrum of early 20th century Russian Empire – today’s Russian Federation. Allow me to proffer my answer, which is rather simple: in 1917 Russian elites stopped believing in old Russia’s “elevator pitch”, the one or two sentences that define a nation. The fundamental bedrock upon which each nation rests and on which ALL members of the nation can agree. In Russia, it was vera pravoslavnaya, vlast’ samoderzhavnaya (Russian Orthodox Christian Faith, absolute monarchy rule). Prior to February, 1917 this short saying defined Russia for ten centuries. And then, all of a sudden, it didn’t. As a result, Russia forever lost its soul, its identity, tens of millions of its citizens, and its place in the world. 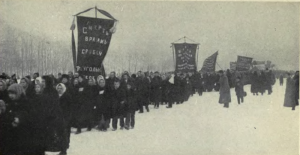 Sure, for a couple of decades the USSR pretended to be a world power, but it was nothing but a scaled up North Korea, a massive prison camp armed with nuclear-tipped ICBM’s. Today, the Russian Federation, still bereft of the immense cultural heritage that was lost a hundred years ago, is trying to build for itself a place on world stage by the pathetically ruthless deployment of its relatively small and mostly outdated armed forces in support of dictators like Bashar Al-Assad. It is safe to say that there will be no more Tchaikovsky’s, no more Rachmaninoff’s, no more Pushkin’s or Dostoyevsky’s or Tolstoy’s. Why? Simply because all of these geniuses didn’t just appear deus ex machina, they were the product of ten centuries of rich spiritual tradition steeped in the Russian Orthodox Church and the traditions of Russian nobility. Those traditions were purposefully, ruthlessly, and gleefully demolished by the Bolsheviks, a cadre of criminals, rogue communist ideologues, traitors, and mountebanks, who were as hungry for revenge against what we would today call “The Man” as they were for actually wielding power. 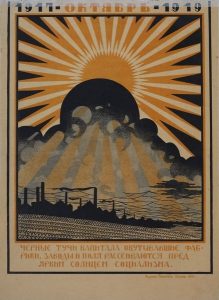 It is crucial to keep in mind that the October 1917 coup d’état (even Stalin called it by that name rather than “revolution” until the end of WWII), came on the heels of the betrayal of Tsar Nicholas II by his own retinue comprised entirely of ethnically Russian, Christian Orthodox, hereditary nobility. It was that betrayal by its own native elites that doomed Russia, not opportunistic Jewish lawyers like Trotsky, radicalized students like Lenin, or charismatic power-seeking megalomaniacs like Stalin. The betrayal was a long time in the making; both Nicholas’s father and grandfather experienced assassination attempts, fatal for the former, nearly so for the latter. The groups responsible for these attempts were comprised of intelligentsia and hereditary nobility, not Stalin-like dregs of society. It was as if a significant portion of Russia’s elites stopped loving her and a small minority began to actively hate her and wish for her destruction; once that process reached its inevitable conclusion when Nicholas II was forced to abdicate in a railroad car on his way back from the front to St. Petersburgh, Russia was lost. The Bolsheviks only delivered the coup de grace. 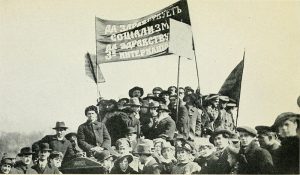 The “elevator pitch” that justifies a nation’s claim to remaining a nation is only important in times of stress. Canada, for example, does not have one. It is simply not important to define what it means to be Canadian because Canada is blessed with a peaceful border and plentiful land. The extreme opposite example is Israel, a country whose existence is forcefully challenged every day since its very beginning. Israel is a study in diversity; even among the Jewish population, an Ashkenazi Jew working for Intel in Haifa’s high technology zone, which is among the biggest in the world, has hardly anything in common with the Yemenite Jew raising dairy cattle on a farm in the Galilee, or the Ethiopian Jew struggling with making a living in a small town on the periphery. And yet, the vast majority of Israeli Jews agree that they are the direct descendants of Judeans who were the native dwellers of Judea (renamed by the Romans to Palestina after the failed Jewish revolt of 70 AD) and whose presence in Israel is not derived from any declarations or UN actions, but rather it is the same right that any people has to its ancestral homeland. Should this belief, God forbid, ever stop being the belief of the majority of Israeli Jews, Israel will cease to exist. As to the 20% of Israeli citizens who are not Jewish? Well, their opinion simply does not count. 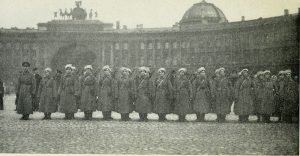 America, due to its size and venturesome spirit has always been under a certain amount of stress. Wars have always been a fixture of American history. What then is America’s elevator pitch? The answer of course is in the words of the Declaration of Independence: We hold these Truths to be self-evident, that all Men are created equal, that they are endowed by their Creator with certain unalienable Rights, that among these are Life, Liberty, and the Pursuit of Happiness. Implied, is the belief in a Creator, a supra-natural force, from whom, rather than from any act of man, these unalienable rights stem. It is this belief in the inalienability of their rights to live, be free, and accumulate wealth that gave Americans their extraordinary venturesome spirit, which in turn made America into what it is today. When the British colony of Nova Scotia chose not to join the thirteen colonies in rebellion against the Crown, little did it know that 230 year later it would be a sleepy backwater compared to the colony of Massachusetts, which back then was neither much more populous nor much more prosperous. Little could it imagine that Boston would become a three million strong world-class city and Halifax remain a charming town of three hundred thousand. 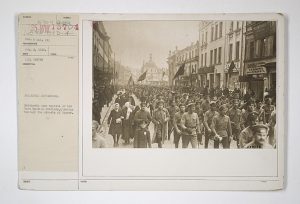 But what created such an unequal outcome from such similar initial conditions? After all, 18th century Nova Scotians were the same British origin people as the citizens of Massachusetts. In fact, many of the residents of these two colonies were related and Massachusetts was Nova Scotia’s largest trading partner. Geographically and climatologically as well, the two places are strikingly similar. The difference, of course, lies in the fact that after 1776 Massachusettsans became free citizens, in charge of their destiny and their own government, whose unalienable rights were protected by the constitution. Nova Scotians, in contrast, were and still are the subjects of the British Crown from whom all of their rights derive, to be granted or to be taken away. In practical terms, the Declaration of Independence and the Constitution gave Americans social mobility, the chance to risk their capital and their lives in order to punch a ticket to potential success, while the lack of such a document in Nova Scotia meant that if you were born poor, you would stay that way no matter what, because that’s just how things are. 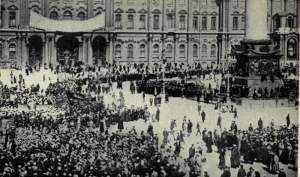 Today, America is at a crossroads. Its “elevator pitch”, the one that talks about a Creator and about the right to pursue, rather than receive, happiness seems to no longer be self-evident to many Americans and hateful to many more. While America did not experience a coup d’état in 1917, the foul winds of statist ideologies like communism and its equally evil twin fascism did not fail to find their way to its shores. For the last 100 years Americans have been surrendering their freedom to succeed and to fail in exchange for a social safety net. A vicious cycle of ever higher taxes on income and consumption at all levels of government left Americans poorer and as they became poorer they became more dependent on government services when times were tough. The fact that an electorate dependent on government assistance is much easier to control than an electorate of truly independent voters did not escape the notice of unscrupulous politicians who proceeded to take full advantage of it. The America of today, with its unionized education and active wealth redistribution via punitive taxation, with its abuse of the Commerce Clause to all but eviscerate state rights and transfer all power to the federal government would be utterly unrecognizable to Americans who fought for their states in the Civil War. 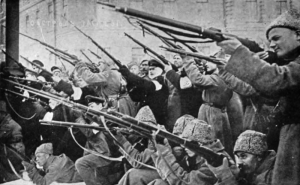 Now, it appears we are witnessing the final fork in the road. Will America become a European style democracy, in fact nothing but a statist dictatorship in which easily manipulated majorities elect parliaments that rule roughshod over a cowed citizenry; a place from which the Creator had long since been banished and no rights are unalienable by a majority of one in the House of Parliament, or will America come to its senses and remain a place, in fact the only place, in which no one is sovereign but God.

Torture And Trafficking On Both Sides In East Ukraine