The president-elect of the National Council of Resistance of Iran (NCRI), Maryam Rajavi, called on European leaders to cut off the financial lifeline to the Islamic Republic of Iran in order to further put pressure on the regime for its eventual downfall.

The call for action came Saturday during a video broadcast to the 2018 Iran Uprising Summit held in New York. More than 1,700 supporters of the NCRI and the People’s Mujahadeen of Iran (PMOI/MEK) gathered to hear information on the status of the uprisings across their home country and to share ideas on how to push for a new, democratic Iranian republic. 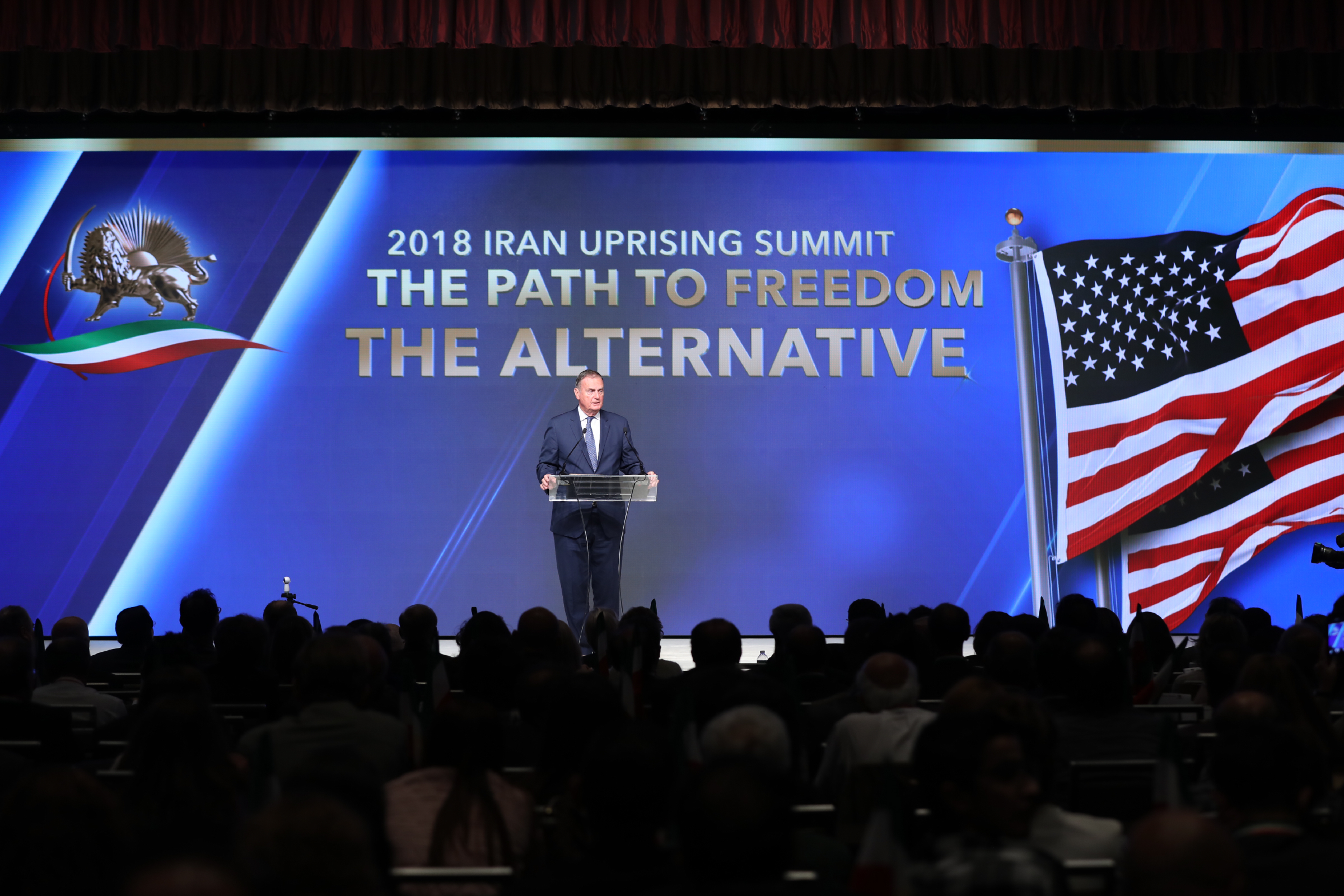 The gathering was headlined by Rudy Giuliani, attorney for President Trump, as well as other dignitaries.

Ms. Rajavi described recent horrific, desperate actions by the regime as she requested European and American support for the cause, “In committing these crimes, the mullahs are testing Western governments. In such circumstances, a lack of resolve or a passive attitude by Western governments will intensify the regime’s terrorist actions.” 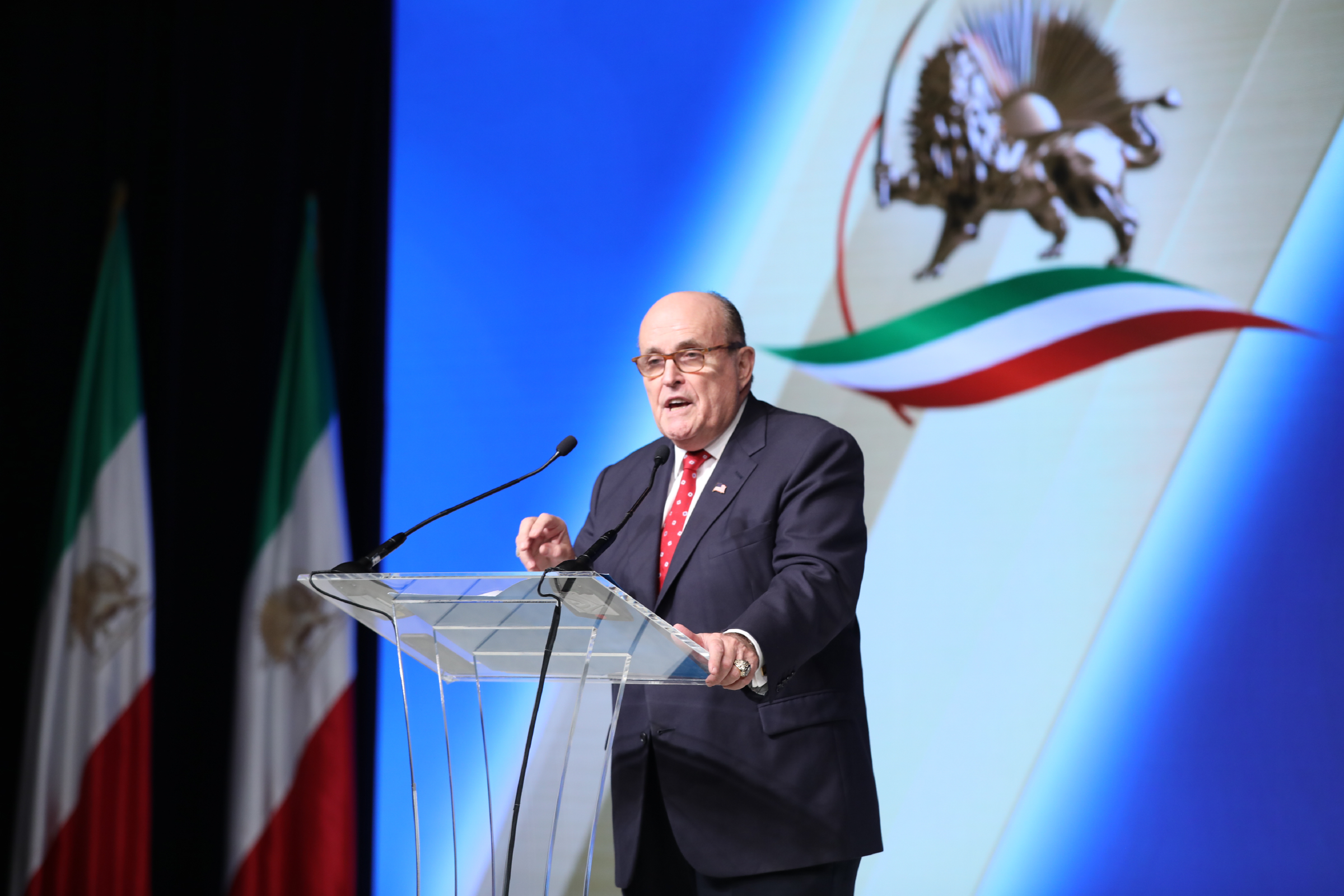 She called for Western governments to shut down Iranian embassies due to the use of diplomats to organize and carry out terrorists attacks, such as the attempted bombing of the Free Iran Gathering 2018 which was held in Paris in June of this year.

When discussing the international community’s response to recent acts of terror by the regime, Ms. Rajavi added, “With regard to the United Nation’s Security Council’s decision to discuss Iran, among other issues, during its September 26th session, I must recall the demands of the Iranian Resistance underscored many years ago. It is an urgent imperative that the Security Council address the flagrant violations of human rights in Iran, especially the torture and massacre of political prisoners, and the regime’s export of terrorism and warmongering in the Middle East region. It must adopt binding measures to compel the regime to halt its crimes.” 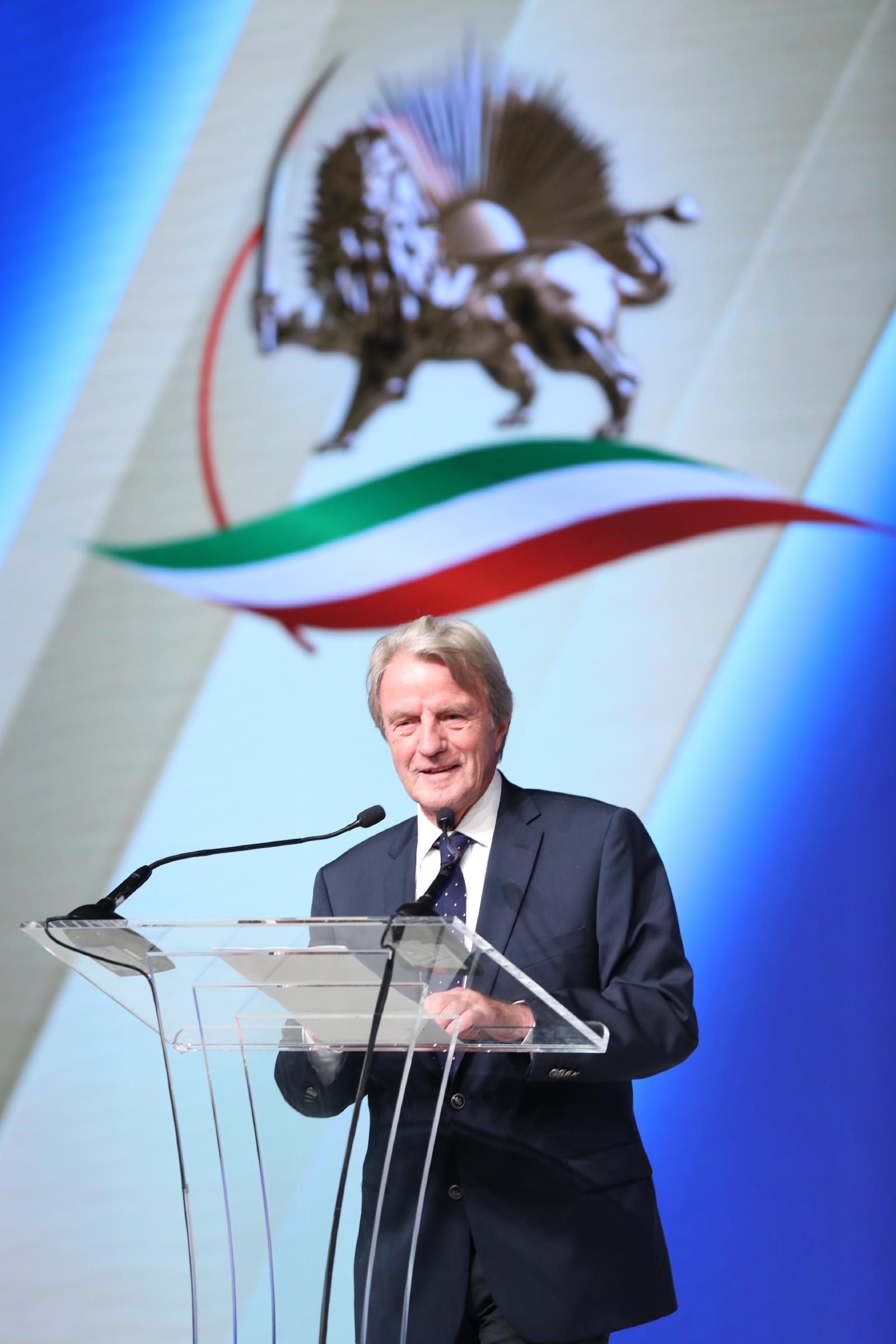 “The financial lifelines which fund the regime’s Supreme Leader and Islamic Revolutionary Guard Corps must be blocked. This is what the Iranian people demand, and it is indispensible to regional and global peace and security.”

The event began with a heartfelt tribute to the late Sen. John McCain, who was a staunch supporter of the MEK during its difficult times in Iraq, where many were killed by pro-Iranian forces in the region, and the Iraqi government. 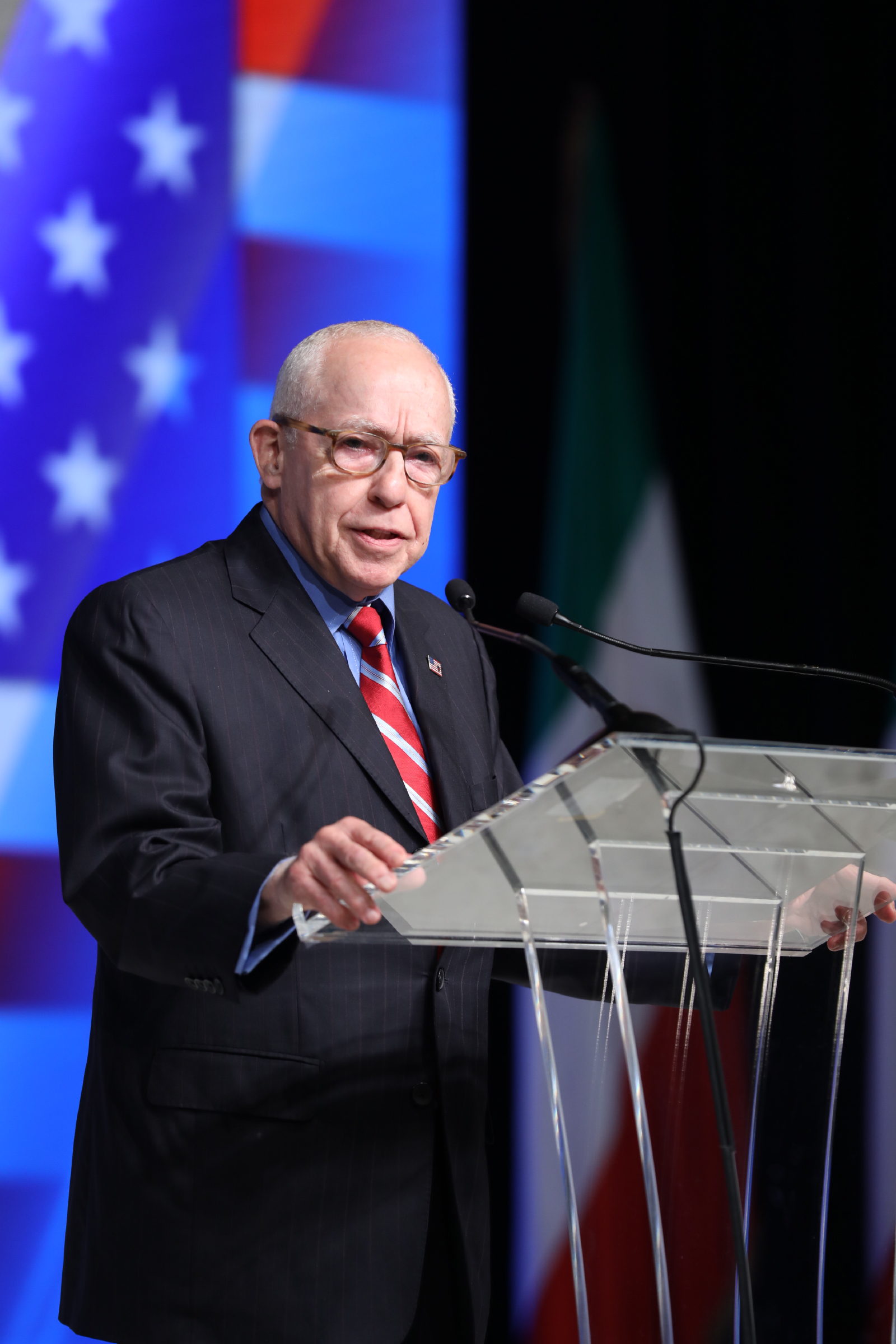 Gen. Jones commented that Iran should never be allowed to acquire nuclear weapons. He called for the support of the Gulf community to push Iran and its militias out of Syria, to reinvigorate the Middle East peace process, and support the Iranian people in their desire for freedom.

Mr. Giuliani told of McCain’s admission that he would not live to see a free Iran, but hoped that Mr. Giuliani would take his place when Tehran was liberated. Mr. Giuliani also remarked that Iran constantly tries to discredit and diminish the capabilities of the MEK, but asked when speaking to the audience, “If you are so weak and ineffective, why are they constantly trying to kill you?” 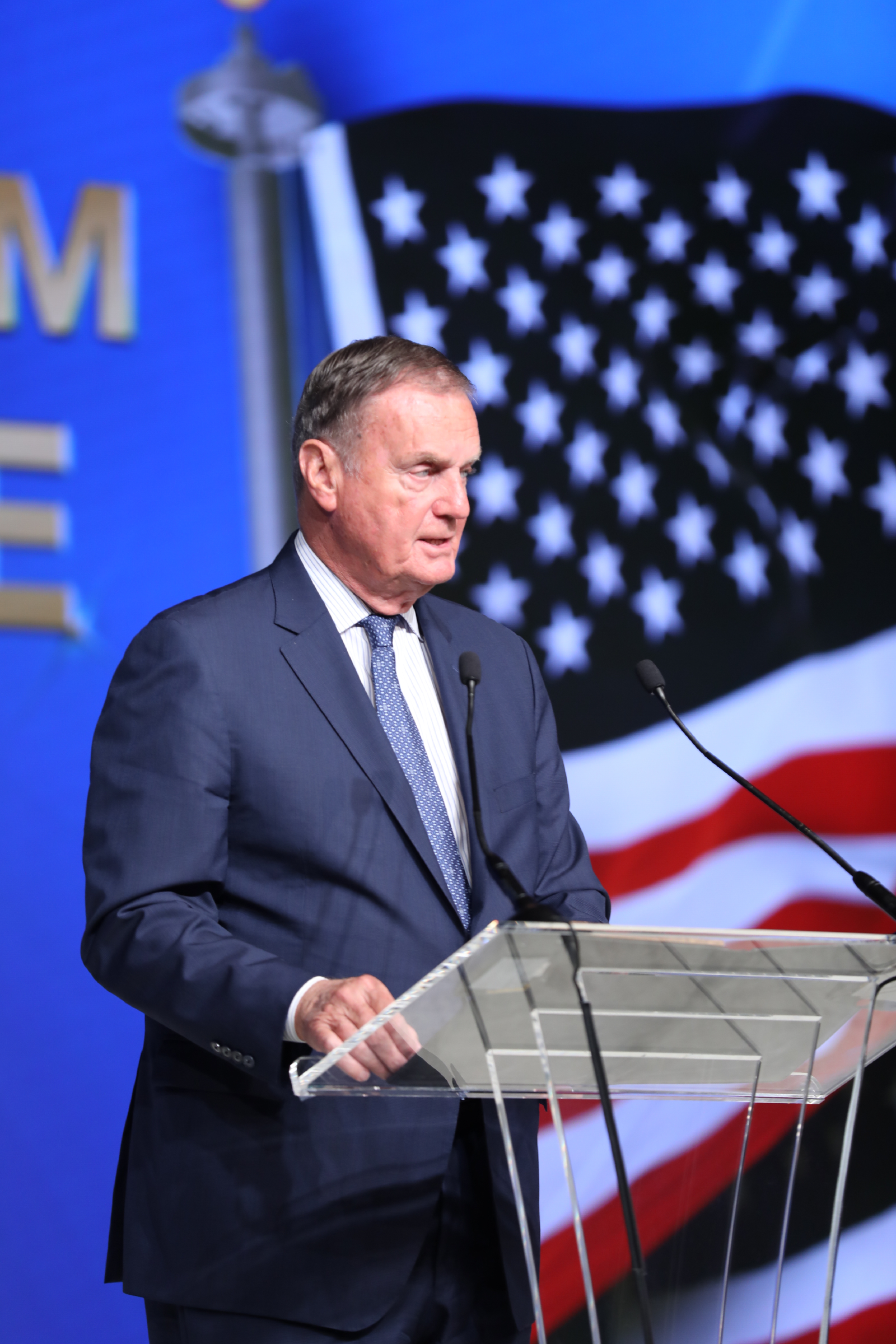 Also in attendance were many members of the Iranian diaspora from around the country and the world. One of the most pleasant parts of the afternoon was the live playing of Iranian folk music by two teenage siblings who had traveled across America to attend. The 15-year-old girl told the audience, “I have never been to Iran, where my parents met. But one day I will visit a free Iran.”

She received a standing ovation from the raucus crowd. 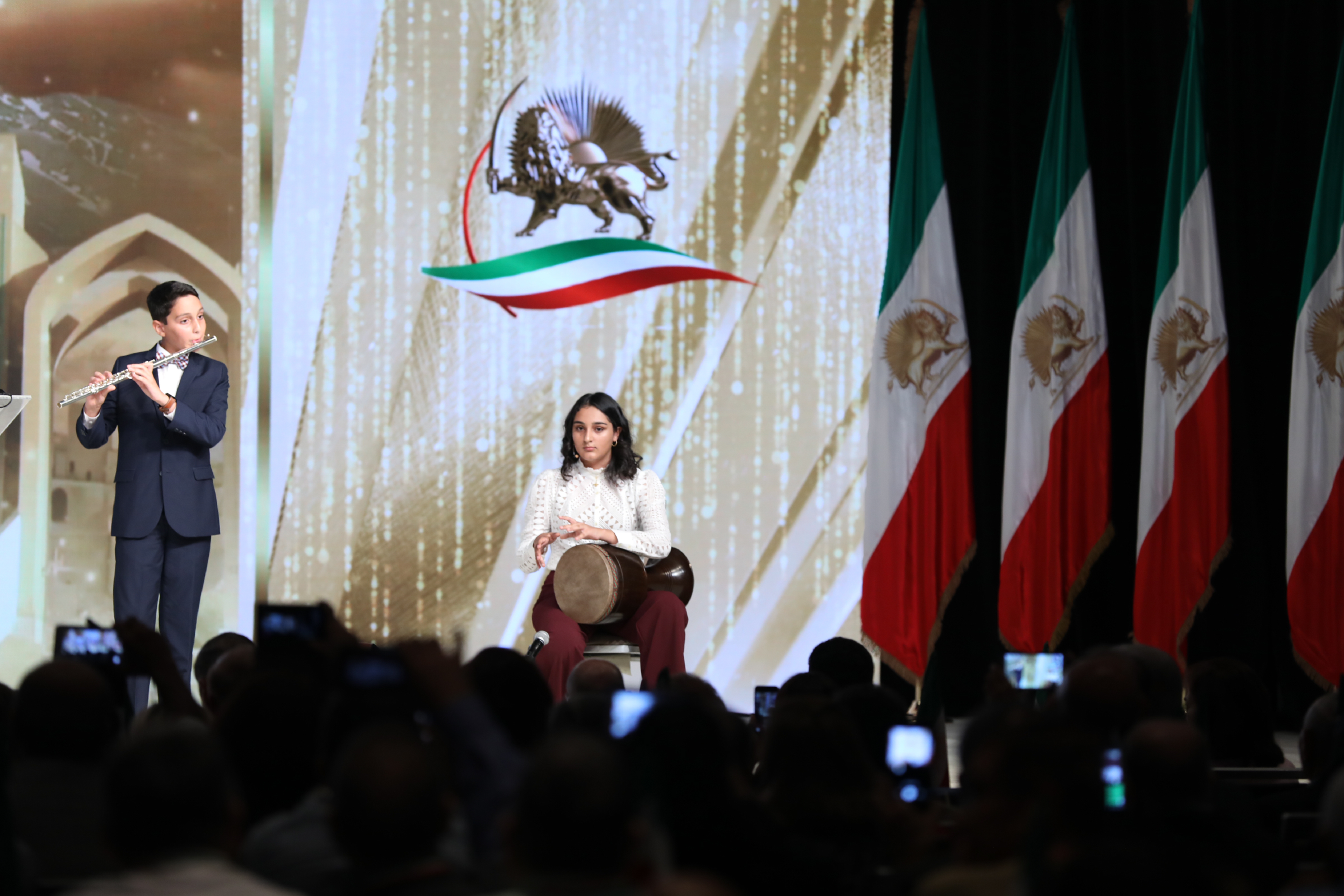 Maryam (15) and Milad (12) performing The Autumn Leaf, a song by legendary Iranian Diva, the late Marzieh

Iranian MP: Syria and Russia ‘Will Soon Sacrifice Us’ to America and Israel

Why Was The Bushehr Nuclear Power Plant Shut Down?