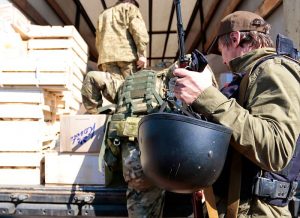 A senior Ukrainian lawmaker has named 23 Russian nationals she says Kyiv is prepared to exchange for Ukrainian citizens held by Russia in a potential prisoner swap.

Iryna Herashchenko, a deputy speaker of the Verkhovna Rada, said on July 2 that the 23 have been convicted of plotting terrorist acts in the Odesa, Kharkiv, Kherson, and Ternopil regions or of fighting against government forces in the Donetsk and Luhansk regions in eastern Ukraine.

“There also Russian citizens among them who are currently on trial,” Herashchenko said…

Video: Thousands Of Moldovans Take To The Streets To Protest Annulment Of Mayoral Election In Capital Chisinau