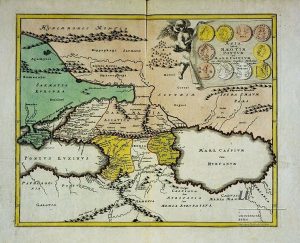 Two Western Balkan nations, Albania and Macedonia, were on the verge of opening acession negotiations with the EU on 28 June. But today’s preparatory meeting of EU Foreign Ministers has decided to postpone the decision until June of 2019. The reason, as always, is the unsolved problems both countries have, like the lack of judicial reform, organized crime, and corruption.

25 EU member countries had already decided to give a chance to both Western Balkan nations to make the next step towards negotiations, but the Netherlands, France, and Denmark have said no. Although Germany urged the Netherlands and France to approve, the Dutch parliament voted negatively, while French President Macron is sure that the Block must first reform itself, before taking on new members.

In the situation created, the EU member states that are pro-negotiations want to sent a signal to Albania and Macedonia that the accession path is still open. So they give another deadline, that is June 2019. This is a total disappointment for Albania mostly, as, in a way, they will compensate Macedonia with NATO membership this July.

The Commissioner for EU Extension, Johannes Hahn, through a message on Twitter, stated that the European Commission has assessed the progress of both Western Balkan countries and that the way towards opening the accession talks in June 2019 is clear. He called it a key signal for the region, showing that the progress made is awarded.

After today’s meeting of the European Union foreign ministers in Luxembourg, the Greek Minister, Kotzias, stated that the geo-political and geo-strategic situation of the Balkan region needs assistance, not postponing negotiations. Both countries’ internal situation shows the need for stability and security, not new problems.

On Twitter, Albanian Foreign Minister Bushati, wrote that this is a good day for Albania and Macedonia, and for the future of the European Union. He thanked all EU members and the European Commission for their support.

Oleg Navalny’s First Interview After Being Released From Prison