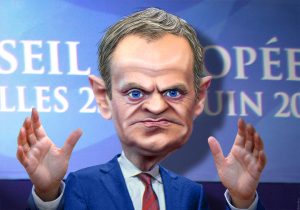 Hungarian Foreign Affairs and Trade Minister Peter Szijjarto said today that Europe should stop bashing Trump and find a way to make a deal that is win-win for both sides.

“I always urge our friends in the European Union not to play this new sport art which is created which is called bashing (the) United States, you know, because the more our European friends bash the U.S., the more negative impact they will cause with that,” reported CNBC.

“Now you can imagine a position of an export-oriented country when the number one export market and the number one non-EU export market go into a trade war,” Szijjarto said, speaking from the sidelines of the annual Organization for Economic Cooperation and Development (OECD) forum. “It can be very, very harmful for us.”

The Trump administration has enacted tariffs on metals from Europe and is threatening to restrict imports of German-made automobiles.

Szijjarto recently told U.S. Secretary of State Mike Pompeo that “we have never been part of the of the U.S. bashing chorus in Europe,” wrote CNBC.

“(Trump) definitely represents an honest, straightforward way of communication,” Szijjarto said. “He definitely gets rid of hypocrisy and political correctness, but I think the bashing of him and the United States was too much. So what I think is that we need to re-engage in a dialogue with the United States. We should foster, strengthen this dialogue in order to avoid harmful situations.”

E.U. Council President Donald Tusk recently said, “Someone could even think ‘with friends like that, who needs enemies?'”

Hungary has borne the brunt of its own bashing from Brussels. The Orban government obviously feels a kinship with the current occupants of The White House.

“I’m really fed up with the comments that are always being put on decisions of the Hungarian government without knowing anything about the facts,” the minister added. “And sometimes I feel that this is not only done to us but done to others.”