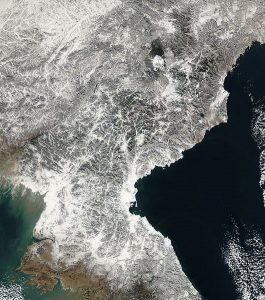 As Russian Foreign Minister Sergei Lavrov landed in Pyongyang for discussions on the denuclearization negotiations with the American government, Moscow made it clear they are a force to be reckoned with when it comes to North Korea.

“Mr Lavrov is paying his first visit to North Korea since April 2009 and was due to hold talks with Ri Yong-ho, his local counterpart, over bilateral relations and ongoing developments on the Korean Peninsula. Immediately after touching down, Mr Lavrov called for the phased lifting of sanctions on North Korea, suggesting that Pyongyang would not give up its nuclear weapons until the sanctions were scaled back,” reported The Guardian.

“As for sanctions, it is absolutely obvious that, as we start discussions on how to resolve the nuclear problem on the Korean Peninsula, it is understood that the solution cannot be comprehensive without the lifting of sanctions”, Mr Lavrov said in a press conference.

“This cannot be achieved at one go”, he added. “There can be no immediate denuclearisation, this should be done step by step and all sides should go half-way during every single phase of this process”.

North Korea was founded by Russian under Joseph Stalin after WWII, and remains a Stalinist dictatorship. Tsarizm has written frequently about Russia’s support for the regime of Dear Leader Kim Jong-un, in the form of fuel deliveries, training of personnel inside Russia, and blackmarket help to avoid sanctions along the Russian/North Korean border.

“The significance of this visit is that it shows that Russia want to be involved in the whole diplomatic game that is playing out in the region at the moment”, said James Brown, an associate professor who specialises in Russia-North Korea relations at the Tokyo campus of Temple University. “Russia and Japan may differ on many issues when it comes to North Korea, but one thing they have very much in common is that they feel left out of the present diplomatic process and both want to get back in”, he told The Telegraph.

Chairman Kim Jong-un had choice words for the United States, saying it was high time Russia helped Pyongyang stand up to U.S. dominance. “The situation on the Korean Peninsula is changing in accordance with the requirements of the interests of the two countries’ [North and South Korea] nations. I highly value the fact that Putin’s administration strictly opposes the US’ dominance,” Kim Jong-un stressed when speaking to Lavrov. “You strictly oppose, and we are always ready to conduct negotiations and a profound exchange of opinions with the Russian side on this issue.”

“I think your visit shows how much attention the Russian leadership and President Putin pay to the further development and strengthening of our relations.”

“Your visit comes at a time when the situation on the Korean Peninsula is rapidly moving towards talks and consultations in accordance with the interests of the two countries’ people,” Kim Jong-un said.

Donald Trump faces formidable odds in obtaining a positive outcome for the United States in the region when dealing with both adversarial powers, China and Russia, who are now allied against America in the Pacific. However, the U.S. has strong cards as well in the form of South Korea and Japan, two places where Moscow and Beijing definitely do not want nuclear weapons.

I have no doubt that eventually, the Kremlin will make it known that no progress on the Korean Peninsula will happen unless the Russian Federation is relieved of sanctions as well…wait for it.

VIDEO: A Warning To America From An Eastern European…Communism Is Evil