Yesterday Bulgarian Prime Minister Borissov, currently representing Bulgaria who holds the Presidency of the Council of the European Union, hosted in Sofia a summit for six Western Balkan countries. This was the first meeting in 15 years, after the Thessaloniki summit of 2003, aimed at re-confirming the European future of the region.

The summit was attended by the heads of state, or representatives, of the EU, Albania, Bosnia-Herzegovina, Serbia, Montenegro, Macedonia and Kosovo. 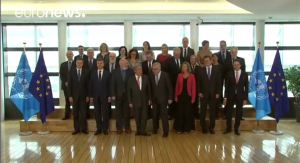 The main objective was to inject some new energy into the EU-West Balkan relationship. The EU aimed to reaffirm its commitment towards the region, stating again the Western Balkans belong to the European family.

Other essential objectives outlined were to further strengthen the links regarding infrastructure, digital and human connectivity, and working closer in tackling common challenges, like immigration, security, geopolitical developments and neighborly relations.

Some of the main gathering’s outcomes pointed to the fact that the EU accepts Western Balkans accession as its own geopolitical reality. For this, the EU will establish structures to preserve and monitor every step of the region towards that outcome. The establishment of the Special Monitoring Structure for the West Balkans and of the Special Foundation to promote strengthening of local institutions is the next move. The European Foundation for Democracy will support an independent and pluralist media, as well as civil society. In other words, Brussels will lead and control everything in the Western Balkans.

The European Union affirmed the Western Balkans share with it common economic, political and security interests. The EU supports WB efforts in the fight against corruption and organized crime, the rule of law, good governance, the defence of human rights, the strengthening of good relations, finding definite solutions for the past regional disputes.

The Sofia Summit put stress on providing a friendly environment for investments into the Western Balkan region. A one billion euro investment total was targeted. The EU welcomed Croatia’s decision to hold another EU-WB summit in 2020, during its presidency. 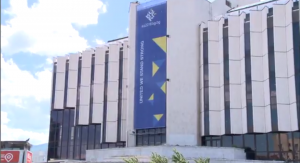 Reading between the lines of what the most powerful heads of states said, the clear message of the Sofia Summit is it is time to address substantial reforms, not certain accession dates. EU officials continue to sound sceptical regarding recent negotiations with the countries of the region.

Angela Merkel praised the job done by the Bulgarian Prime minister in bringing Western Balkan countries closer to the European Union. She stated it is in the interest of Europe that the region has economic development and security.

Emmanuel Macron expressed his support of these countries joining the Union, but stressed that any extension should be carefully considered. The EU should follow their reforms closely and then decide.

Theresa May suggested the developed countries work together, to offer stability and prosperity to the Balkan region.

Albanian Prime Minister Rama, in an interview from previous day, urged Europe to open negotiations in June, calling it a matter of “life or death” for the Western Balkans. “We need to look ahead, leaving the past behind”, he said.

Meanwhile the Serbian media is furious with their president Vucic, for taking part in the event. “Blic” newspaper called Vucic’s participation in a meeting where Kosovo is being addressed as an independent country, as a “knife in Serbia’s back”.

Another subject tackled at the summit was recent US policy. Donald Tusk attacked Trump directly, saying: “With such partners, who would need enemies?”

This is the first time Europe is preparing to give a unified response to American “whims”, as Tusk called Trump’s withdrawal from the nuclear agreement with Iran and the US additional tariffs on imports of aluminium and steel, in the name of national security.

Tusk stated that, except the traditional political challenges like China’s influence and the Russian aggressive approach, the EU is now facing the new phenomenon called the “capricious approach” of the US administration.