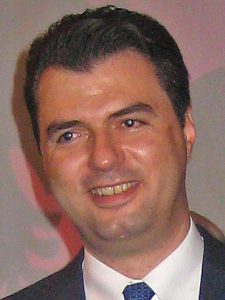 Earlier this week, an investigative article published by ‘Mother Jones’, a US magazine, raised the issue of Russian lobbying for DP leader Lulzim Basha in the USA during the 2017 political elections in Albania. According to the article, “Biniatta Trade”, a Scottish company established by two Belize-based Shell companies, funded by a Russian-linked company, paid a Republican lobbyist, Nick Muzin, to help the Albanian Democratic Party. The aid consisted of organizing a meeting between Basha, four Republican Senators and the US President, Donald Trump, serving to support Bashar ahead of the election polls. The Russian-related entities secretly meddled in the US to help Albanian democrats.

“Muzin Capitol Partners” provided Basha a VIP seat during a charity activity in Milwaukee, in which Basha would appear in a photo with Trump, that cost 20 thousand USD. In the initial contract between “Beniatta Trade” and “Muzin”, deposited with the American Justice Department, there was an amount of 500 thousand USD to be paid to the latter, just before they arranged for Basha the photo.

The same facts have been made public from VOA and the New York Times. VOA reported the whole scheme of 675 thousand USD, that included three payments, according to “Muzin”, which admitted to having been paid the whole amount for its job in favour of DP. Only the first payment of 150 thousand USD was made by “Biniatta Trade” on 24 March 2017; the rest of the money was paid by DP-25 thousand USD on 27 March 2017 and 500 thousand USD on 9 June 2017.

DP, through Basha, has admitted only the second payment with the lowest amount. The other two have remained unclear. According to US media, there is some confusion, as “Muzin Capitol Partners” has declared they have been paid by DP, when Basha says the payment was done by Albanian-Americans.

The Albanian Democratic Party has rejected allegations by ‘Mother Jones’ that the Party received secret funds from Russian sources during last year elections, stating the US media investigating the issue support the leftist.

The Russian Embassy in Tirana maintains such facts are totally absurd fiction. Everything is done to undermine the positive developments in cooperation between Albania and Russia, according to their statement.

The Socialist Party in power says such developments indicate Kremlin interference in Albanian politics. The US investigations show the spider web starts from Russian oligarchs’ pockets, maintains SP, calling it a political and financial crime.