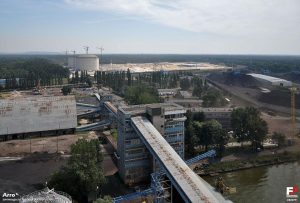 Russia’s oldest natural gas buyer is ready to break up after more than 74 years.

Poland, which relies on Kremlin-controlled Gazprom PJSC for about two-thirds of its gas, says diversification trumps potential price cuts it could leverage from building an import link to access Norwegian fuel. That comes after the eastern European nation in 2016 completed a liquefied natural gas terminal to diversify away from the Russian gas it’s been buying since 1944.

“We’re not diversifying our supplies in order to continue with Russia,” Piotr Naimski, the government official in charge of strategic energy infrastructure, said in an interview in Warsaw. “It’s a question of security and the Baltic Pipe is not a part of negotiations with Gazprom…”