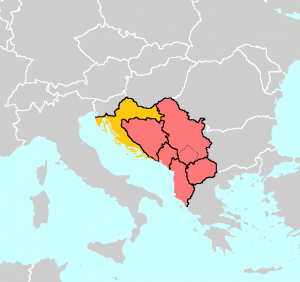 According to the economic magazine, Monitor, a powerful automotive company, Yura Corporation, which collaborates with Hyundai and Kia productions, is ready to invest in Albania, after its successful business activity in Serbia, since 2009.

Serbia has been one of the first countries in the Western Balkans to attract big foreign investment, due to its liberal fiscal policies and a better economic environment compared to other countries of the region. So, Yura Corporation set up their automotive industry first in Serbia, as the country remains the leader for such investments, favored by its political stability and past experience in the field.

The Serbian government used a national subsidy of 4,5 million euros and employed 1000 workers in its first factory in Raca. The Serbian government also ensured the workers’ training, spending 700 thousand euros. The second factory was opened in Nish, with 1500 workers employed…and soon after followed another factory in the same city. Nish became the centre producer for the region.

The fourth factory, producing cables for electric vehicles, started its activity in Leskovac in 2017. Yura Corporation was the 14th biggest exporter in Serbia for 2017, with sales up to 105 million euros.

Monitor magazine has contacted the Albanian Agency of Investment Development, according to whom Albania is appearing as a new market for the development of the automotive industry. Two German companies, PSZ AL and Forschner Al, have already started investing successfully in the country. Others are following, like the South Korean Yura Corporation, which has already presented its business plan to the Albanian authorities, promising to invest considerably in a factory that will produce cable solutions for various models of cars, like Hyundai, Kia or Daimler. The South Korean company is profiting from the option of 1-euro contract for 20 years that the Albanian government has offered to foreign investors. The area, in which the company will set up its first factory, will be in Fieri city, Western Albania, on the same space occupied once by the oil extracting state company Albpetrol, in Fieri suburbs.
This is good news for the country’s economy, as it is known that automotive industry generates considerable employment.

The expectations for an economic growth during 2018-2019 seem gloomy for Albania. The International Monetary Fund, in its “Global Economic Perspective”, has reflected the same predictions in 2018 for Albania as in 2017 – 3.7%. While for 2019, the growth will be only 3.8%. Up to 2022, the International Monetary Fund does not foresee economic growth higher than 4% for the country. This lower prediction is due to the lack of big investments in the country.
During previous years, Albanian growth was helped by large direct foreign investment. But in 2018, such investment is predicted to be less. This pessimism comes from the expectations’ consideration of gross investments and domestic demand.

Head Of Russia World Cup Lashes Out At FIFA Investigations