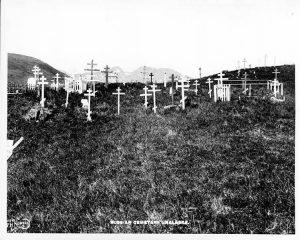 The dead seem to be campaigning for Russian President Vladimir Putin in the upcoming 2018 election. In a unique piece of propaganda, pro-Putin messages have been noticed emanating from social media accounts of the dead across Russia.

“Are the dead campaigning for Putin? Vkontakte users have been noticing posts with the hashtag #ПутинКрут [#CoolPutin] from the accounts of dead people,” claimed the headline of a report that appeared on Znak.com on December 17, reports Meduza.

“Znak’s report concerns a series of identical posts in various regional communities on Vkontakte. The posts are devoted to Vladimir Putin’s recent annual press conference, they all use the hashtag #ПутинКрут and bear the logo of the pro-Kremlin youth movement Molodaya Gvardiya (Young Guard), and they contain some quote from Putin. The posts appeared during and after Putin’s press conference on December 14,” writes Meduza.

The Kremlin and pro-Putin entities have been known to use innovative methods that appeal to the Russia psyche to raise the popularity of the Russian president. Putin has skillfully used the Russian Orthodox Church as a way to heighten his legitimacy as the ruler of Russia, similar to the statist monarchy of centuries past.

Molodaya Gvardiya denies any involvement saying, “Technically, anyone can take an image in the public domain, slap our logo on it, and upload it to a Vkontakte community.” Vkontakte, the Russian version of Facebook, also declared the accounts were hacked.

Turkey Will Not Compensate Russia For The Downing Of Jet