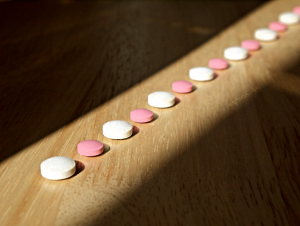 Several days ago, after a long international investigation with cooperation between Serbia, Macedonia, the US Secret Service, and Turkey, the largest laboratory for illegal synthetic drugs in the Balkans was discovered. The lab was located in a village called Small Recice in the Tetovo area. The laboratory was created by Serbian and Macedonian citizens. The drugs that were produced were sold in Serbia, Macedonia, and other countries.

Tanjug news agency reports that after a joint multi-annual investigation of the Serbian and Macedonian Interior Ministry, nine members of an organized criminal group have been detained, among them the organizer of the group named Milán Zarubica. The group’s members included 4 Macedonians and 5 Serbs. Macedonian media reported comments by Deputy Prime Minister and Serbian Minister of Internal Affairs, Nebojsa Stefanovic, who said the joint action of the Serbian and Macedonian police was one of the best results ever in the seizure of synthetic drugs.

Stefanovic said he expects this action is likely to continue inside Turkey, where the identities of potential buyers have been identified in cooperation with the Turkish police.

In addition to the confiscation of one of the largest labs in Tetovo, another small laboratory was discovered in the territory of Serbia.

According to Tetovo online media this is the tenth organized criminal group devastated by the Public Prosecution Office for Prosecution of Organized Crime and Corruption this year.

IntelliNews writes that Macedonia, Montenegro, Albania, and Croatia are the Balkan countries where drugs are produced and trafficked through Bosnia and Herzegovina to Europe. This is also what the US Department of State published in a report released in March this year. Albania during 2017 is considered the European capital of marijuana due to its mass cultivation.

The drug discovered in Tetovo is called “Capdagon”. At a press conference held after the seizures, Macedonian Police Minister Oliver Spasovski said, “The largest quantities of synthetic drugs in the Balkans have been discovered. This is likely to be one of the biggest seizures of synthetic drugs. In the laboratory discovered in Tetovo, 125 kilograms of synthetic drugs have been discovered, or at least 500 thousand tablets worth 2.5 million euros.” Over the past few months, investigators across Europe have captured thousands of “Captagon” pills, an amphetamine-based drug that is popular among the Islamic State militant group (ISIS). AKA “the jihadist drug”, “Captagon” is known as a drug that keeps users awake for long periods of time, avoids pain and creates a sense of euphoria. This drug was invented in Germany in the 1960s to address the lack of attention and sleep disturbances. Because of its addiction, Captagon was banned all over the world by the World Health Organization in 1986.

Minsk Is Dead, Now What