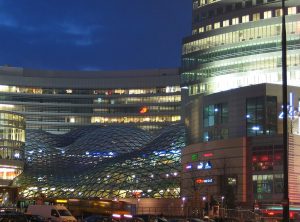 Poland’s legislature has approved a measure that will ban shopping on Sundays in the Catholic nation by 2020. The legislation will be phased in over the next three years. Labor unions were pushing the rule and have been backed by the conservative government (PiS) to support Catholic values. Both groups want workers to spend more time with their families.

Opponents say the measure could cost tens of thousands of jobs and negatively affect Poland’s economy. The bill still needs to be signed by President Andrzej Duda.

“The lower house, dominated by the ruling party, voted 254 -156 with 23 abstentions to limit Sunday shopping to the first and last Sunday of the month from March 1 until the end of 2018; only on the last Sunday in the month in 2019; and to ban it totally starting in 2020. There will, however, be some exceptions that will allow Sunday shopping before major holidays like Christmas and Easter, and on the last Sunday in January, April, June and August. Also, online shops and bakeries are to be exempted from the ban,” wrote Associated Press.

Poland has been battling the European Union against measures which it believes will hurt its Christian culture. The European Parliament has instigated ‘infringement procedures’ against Eastern European nations which are balking at the EU’s open borders agenda.