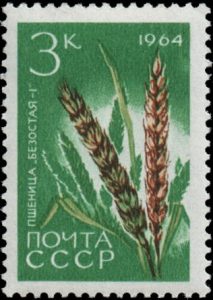 Russia may face a domestic bread shortage in certain markets due to massive wheat exports this year as Russia morphs into an international food superpower. Cities such as St. Petersburg may not have sufficient wheat shipments as the transportation capability is being used to get export wheat to ports.

Russia was the biggest wheat exporter in the world in 2017 reports The Moscow Times.

“But in the letter, St. Petersburg governor Georgy Poltavchenko warns Deputy Prime Minister Arkady Dvorkovich that a shortage of train carriages for domestic wheat deliveries could result in a bread deficit. The excessive number of carriages allocated for exports is depriving the St. Petersburg milling industry of its own – damaging supply chains, driving up prices and creating a shortage of bakery products, the St. Petersburg governor writes. The letter was sent after St. Petersburg’s most important wheat suppliers, the Orenburg, Saratov, Samara, Novosibirsk and Omsk regions, were included in a list of priority regions for grain export,” writes The Moscow Times.

Russia’s transport ministry has now proposed to ship wheat on weekends to alleviate the shortage.

Is Democratic Republic of Congo at risk of falling into the hands of extremists?

What’s On The Putin-Merkel Discussion Table?