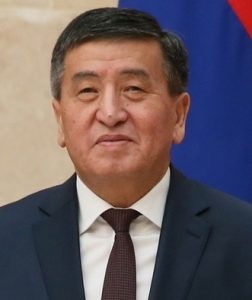 Eleven candidates were in the race, including one woman. Jeenbekov, a former prime minister, should provide political continuity in a country that has to balance between China and Russia.

The vote is significant as it is the first peaceful transfer of power from one elected administration to another in Central Asia since the fall of the Soviet Union.

“I am proud of my freedom-loving people who have staged two national revolutions against dictatorial regimes over the last 12 years and have proven that people are the only possible source of power in the Kyrgyz Republic,” President Atambaev said during the campaign.