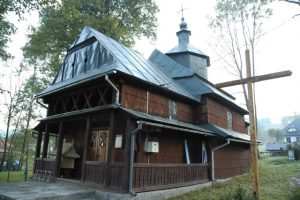 Thousands of Polish Catholics prayed at over 4,000 locations along the borders of Poland to appeal to the Virgin Mary and God for salvation for Poland and the world. The mainstream media portrayed the event in a negative light and shows how far the elite, media establishment has moved from the religious nature of Europe’s founding, and the media’s hostility and aggression towards Christianity.

The “Rosary to the Borders” event organizers say the prayers at some 4,000 locations commemorated the centenary of the apparitions of Fatima, when three shepherd children in Portugal said the Virgin Mary appeared to them, reported Associated Press.

Most mainstream media content generated about the story portrayed the event in a negative light, citing extremism.

The event also commemorated the huge 16th-century naval battle of Lepanto, when a Christian alliance acting on the wishes of the pope defeated Ottoman Empire forces on the Ionian Sea, “thus saving Europe from Islamization,” reported AP.

The Polish Prime Minister showed support by tweeting an image of rosary beads and a crucifix.

“Islam wants to destroy Europe,” she said. “They want to turn us away from Christianity,” said one participant, reported AP.

“It’s a really serious thing for us,” said Basia Sibinska, who traveled with her daughter Kasia from Kalisz in central Poland. “Rosaries to the border means that we want to pray for our country. That was a main motive for us to come here. We want to pray for peace, we want to pray for our safety. Of course, everyone comes here with a different motivation. But the most important thing is to create something like a circle of a prayer alongside the entire border, intense and passionate,” reported AP.

Breitbart published images of the event and they can be found here.

Poland and other Eastern European countries are locked in a battle with Brussels over the EU’s directive to allow hundreds of thousands of Islamic migrants into their countries which Poland, Hungary, and the Czech Republic believe will destroy their culture and endanger their personal security.